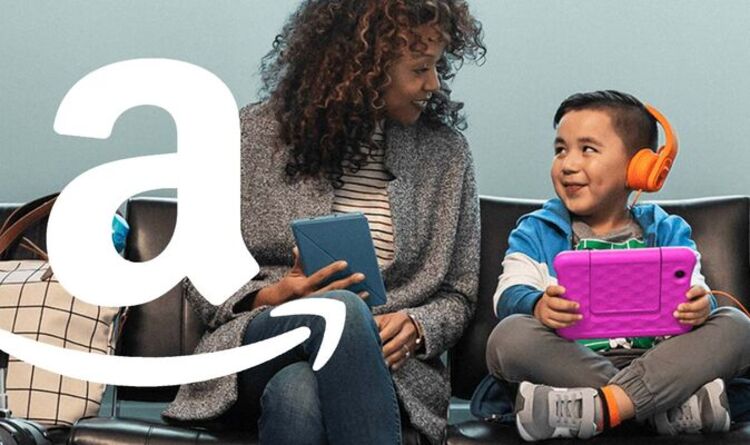 Amazon has just bolstered its Amazon Kids+ service, which will offer countless hours of entertainment to keep your child entertained this Easter. Amazon Kids+ is a subscription based service which offers unlimited access to thousands of child-friendly books, movies, TV shows and apps. And the service, which you can try out for free today, has just got even better – with Amazon releasing its “first original mobile games” for Kids+.

The newly launched apps are Super Spy Ryan and Do, Re & Mi, with these games based on Amazon TV shows of the same now.

Both of these apps will be available for iOS devices, while Super Spy Ryan is also available on Android.

Speaking about these new Kids+ apps, Natasha Lipovac – the global head of Amazon Kids+ content – said: “We are always looking to bring joy and fun into the homes and lives of millions of families.

“That’s why, two years ago, we began looking at how we could reach even more kids and bring the magic and thoughtfulness of Amazon Kids+ original content to mobile phones.

“‘Super Spy Ryan’ and ‘Do, Re & Mi’ represent some of our most popular Amazon Kids+ content. We hope both add smiles and laughter to kids and grown-ups alike with this first look at the new kind of fun coming from the Amazon Kids+ mobile games team.”

The Do, Re & Mi app features the voices of Kristen Bell and Jackie Tohn who are both also involved in the Amazon kids show.

The app is a music education game which helps kids learn sheet music as well as play instruments including the piano and bongos.

While Super Spy Ryan is a single or multi-player game where players have to rescue as many stolen birthday gifts as possible.

Super Spy Ryan is available right now from the Google Play Store and Apple App Store for those in the UK, Ireland and US.

It will also be coming soon to Amazon Fire Tablets via the Kids+ subscription service.

Do, Re & Mi will also be heading to the Apple App Store soon as well as the Kids+ service.

Besides these apps, Amazon has promised that it will be launching even more original games later this year.

The online retail giant said: “This is just the beginning for Amazon Kids+ mobile games. Later this year, we’ll introduce even more new content for kids and families to enjoy.”

Looking for something to keep the kids entertained this Easter? Amazon has the answer

Fire TV users who missed out on the biggest update in...