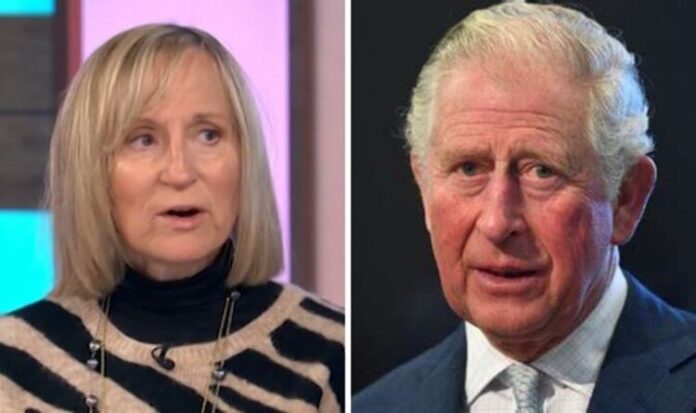 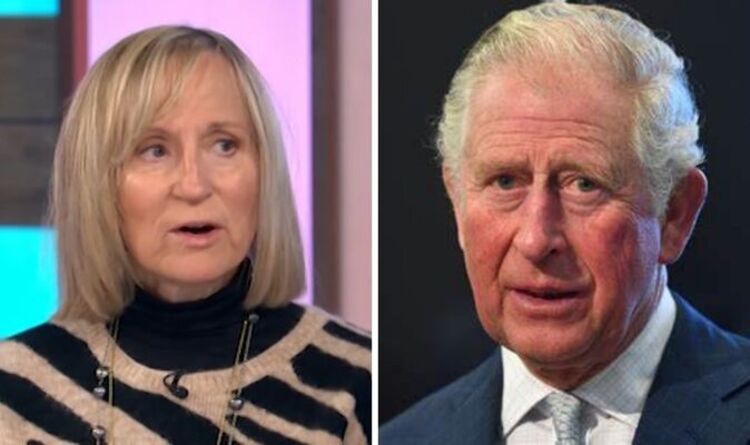 During Monday’s episode of Loose Women, presenter Carol McGiffin was joined by Ruth Langsford, Coleen Nolan and Linda Robson, where they discussed the ongoing conflict happening between Russia and Ukraine. Ruth mentioned Queen Elizabeth had made a rare statement to show the monarchy’s support to Ukraine, while Carol went on to give verdict on the idea of Prince Charles taking over from Her Majesty.

Introducing the topic to the show, Ruth said: “We are starting today with the Queen, the Queen has made what may be seen as a rare political statement.

“Donating a generous amount of money to charity to help the people of Ukraine, she hasn’t actually spoken about the crisis in public.

“But Prince Charles has condemned the brutal aggression of the Russian attacks, and the Duke and Duchess of Cambridge have also lent their support to Ukraine’s President Zelensky.

“[They] tweeted ‘We stand with the president and Ukraine’s people as they bravely fight’ and that got us asking this morning, should the Royals take a stand, be vocal when it comes to politics?

“And it’s pretty unheard of Carol for the Queen to get involved in any form of politics.”

Carol replied: “Yeah, I mean that’s what’s so great about her, I think because it’s not, I think if the monarch starts to get political, it is too divisive, and there is enough division as it is.

“Also, I think they will lose support, so I kind of hope that the Queen lives forever because, and I have said it before on this show, that I think she is staying there because she is protecting us from Charles.

“I’m not keen on him being King actually because he is too political.

In a poll recently run by Express.co.uk, 1,736 people voted that they thought the Royals were “getting it right” when supporting Ukraine.

Queen Elizabeth is no stranger to conflict herself – when the Second World War broke out, the Queen and her family remained in the UK, despite calls for them to be evacuated.

At the time, the Queen’s mother other said: “The children won’t go without me. I won’t leave without the King. And the King will never leave.”

The Queen became the first female member of the Royal Family to join the Armed Services as a full-time member at the age of 18.

The Queen has made a private donation to the DEC’s humanitarian fund for Ukraine, along with the Duke and Duchess of Cambridge.