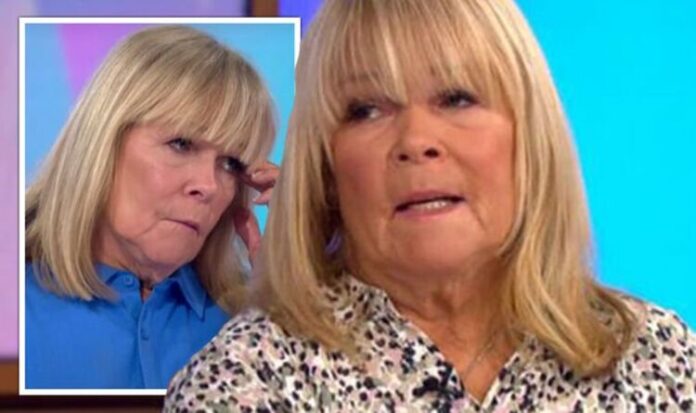 Loose Women fans have criticised panellist Linda Robson for commenting on current affairs on the ITV show after she admitted she doesn’t read newspapers or watch the news. The 63-year-old, who has been a regular panellist since 2012, confessed she was unaware of how serious the Ukraine conflict was until she was briefed by her team on Friday morning. Her comments left viewers wondering why she was “allowed” to air her views on the programme.

The former actress told the panel she did not read newspapers or watch the news before admitting she did not realise the extent of the crisis until she was informed in the morning meeting before going on air.

Speaking to the panel, Kaye said: “It’s difficult isn’t it, because there’s a deluge of information.

“You have to filter through the information, what is reliable, what is not reliable. Do you just say, ‘I can’t control this, and I’m not even going to look at it?'”

@Liz said: “Linda doesn’t watch the news or read the papers, why is she allowed on this type of show then?”

However, other viewers defended Linda’s comments as they thought Loose Women was not a news programme.

@Chadderbox2018 said: “A talk show about current affairs is a bit of a stretch…”

Pie Syrett said he did not think research about current affairs was “all that necessary” for the Loose Women panel.