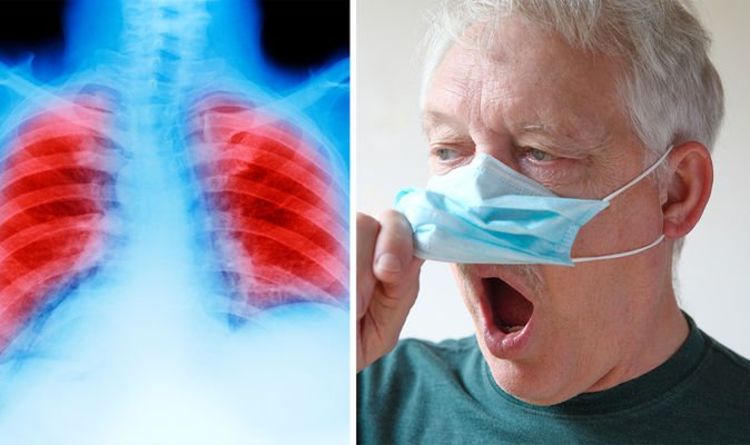 While every seven out of 10 cases of lung cancer can be attributed to smoking, people who do not smoke are also at risk of developing the deadly disease. Dr Mat Callister, a consultant of respiratory medicine at St James’ University Hospital in Leeds, highlighted “three of the most important lung cancer symptoms”. These being: breathlessness, a persistent cough (lasting for three weeks or more), and chest pain.

“This means the outlook for the condition is not as good as many other types of cancer.”

Early diagnosis can make a “big difference” to a person’s longevity, so if you notice any warning signs of lung cancer, book an appointment with your doctor as soon as possible.

There are other “less common” signs of cancer that require a medical professional to investigate.

Accounting for 70 percent of lung cancer cases, it is vital to raise awareness of the dangers of smoking.

“Tobacco smoke contains more than 60 different toxic substances, which are known to be carcinogenic (cancer-producing),” the NHS stated.

Tobacco products, such as cigars, pipe tobacco, snuff, and chewing tobacco all increase the risk of lung cancer developing.

“Smoking cannabis has also been linked to an increased risk of lung cancer,” the health body added.

While marijuana users typically mix cannabis with tobacco, they usually inhale more deeply and hold smoke in their lungs for longer.

Therefore, while cannabis smokers may smoke less tobacco than cigarette smokers, the risk of developing lung cancer is still as risky.

It has been estimated that smoking four joints “may be as damaging to the lungs as smoking 20 cigarettes”.

Smoking cannabis without tobacco is still dangerous too, as cannabis contains substances that can cause cancer.

“If you smoke, the best way to prevent lung cancer and other serious conditions is to stop smoking as soon as possible,” the health body stated.

NHS Smokefree can offer advice and support to help you quit smoking; the helpline is available on: 0300 123 1044.

Research also shows that eating a balanced diet and exercising regularly can help to lower your risk of cancer.

Lung cancer symptoms: Three of the ‘most important symptoms’ of a growing tumour