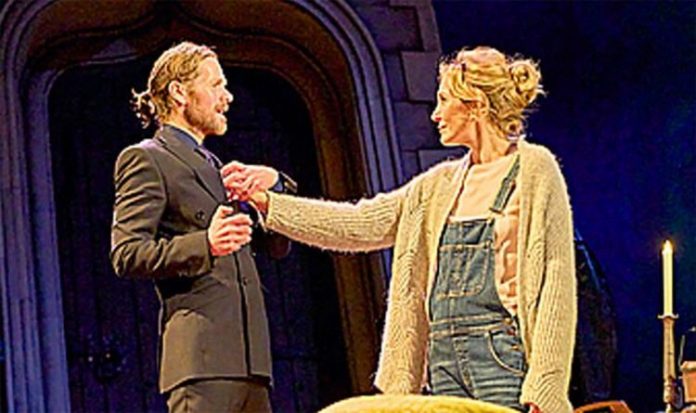 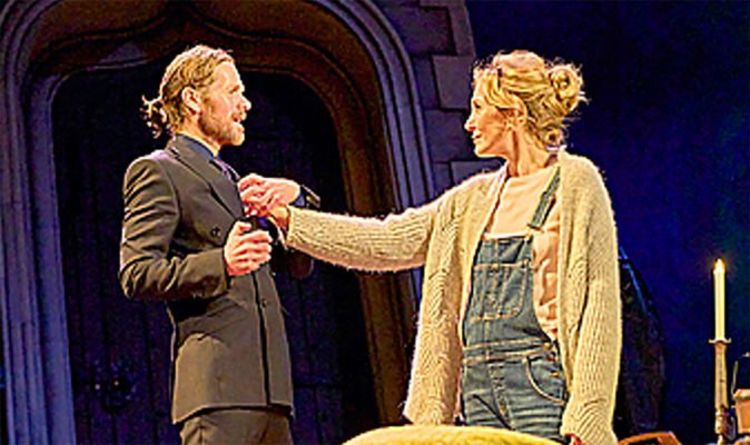 Manor addresses every hot button topic from climate change to the rise of the far right, with nods to Black Lives Matter and lesbianism thrown in.

Imagine Agatha Christie’s Ten Little Indians crossed with Boris Karloff horror The Old Dark House but remodelled as a politicised black comedy in which strangers take shelter in a decaying manor house to escape from a storm of Biblical proportions.

Aristo and former wild child Diana (Nancy Carroll) is struggling to cope with failing finances, her drug- and drinkaddled erstwhile rock star husband Pete (Owen McDonnell), and sensible daughter Isis (Liadán Dunlea), when her home is invaded by a nurse and her bolshy teenage daughter, notorious neo-fascist Ted (Shaun Evans, tainting his role as TV’s Endeavour), and other mismatched characters.

There is an accidental death, an improbable seduction and a shooting before the final cataclysmic deluge.

But Lez Brotherston’s nightmarish set is colonised by hollow caricatures who speak in a language that succeeds in being both florid and banal. Directed by Buffini’s sister Fiona, it is a work of epic mediocrity.