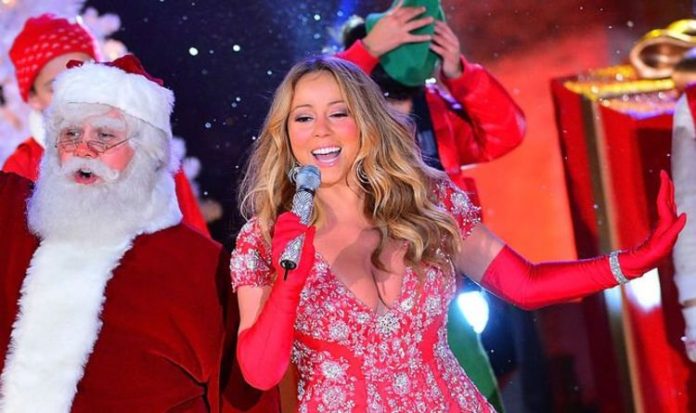 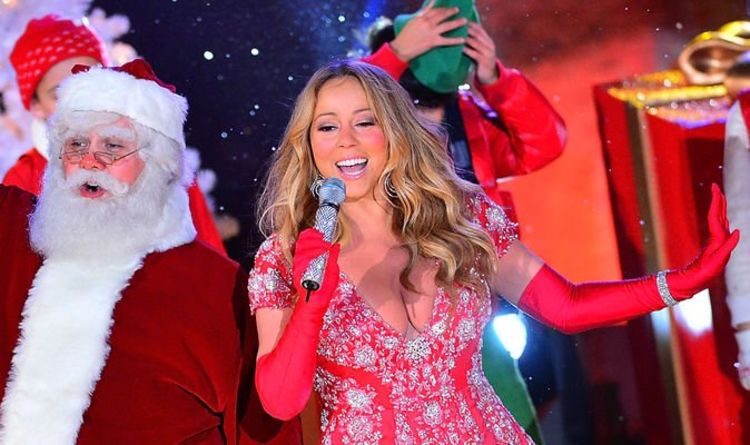 Mariah’s All I Want For Christmas Is You almost hit number one last year during the worst of the coronavirus pandemic. The American singer’s track just missed the mark and reached number two on the British singles chart in Christmas 2020. She was followed by Wham’s Last Christmas – another timeless classic that still sees airtime today. Both legendary acts were ultimately defeated by LadBaby and his charity single.

The online personality couple claimed the number one spot with their parody track Don’t Stop Me Eatin’.

This marked the couple’s third number one Christmas song, following 2018’s We Built This City and 2019’s I Love Sausage Rolls.

At the moment, it looks like Mariah could be edged out of the top spot once again as her odds aren’t quite up to speed.

Ladbrokes have awarded the Hero singer 25/1 on grabbing the 2021 Christmas number one.

But it isn’t LadBaby who are the most likely to claim the accolade.

The bookmaker’s Alex Apati said: “All Mariah Carey wants for Christmas… is a number one, but the odds suggest she has it all to do if she’s to top the charts in the next few weeks.”

Currently, she sits firmly behind Ed Sheeran and Elton John, who recently announced they have recorded a surprise festive hit.

The Shiver singer recently told The Jonathan Ross Show that the song is titled Merry Christmas and will be released this year.

Ed and Elton currently have incredible 11/10 odds on claiming the Christmas number one this year.

The singer’s comeback tells of her struggles while going through her divorce from ex-husband Simon Konecki.

Currently, the Easy On Me star has powerful 7/1 odds on becoming the Christmas hitmaker – however, it is as of yet uncertain which song that could be.

Apati added: “Ed Sheeran and Elton John have over 20 UK number ones between them, but they’ll have their work cut out in the next few weeks if they’re to top the festive charts, with LadBaby on course to break yet another Christmas record.”

Ed recently spoke candidly with Jonathan Ross about his new song in collaboration with Elton.

The chart-topper revealed he wrote the chorus to Merry Christmas at the beginning of the year before shelving it.

He then revealed: “Then I had a really, really close friend of mine pass away in March and Elton started ringing me every day.

“And part of me thought why am I pushing this off? Tomorrow is not promised.”