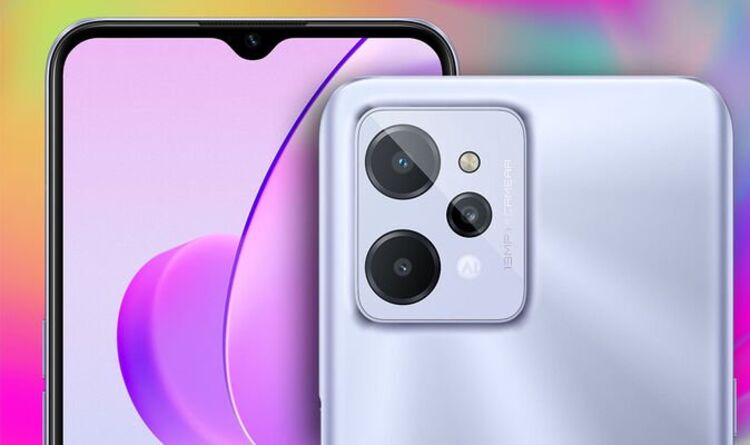 Samsung and Nokia have just launched smartphones with some impressively low price tags, but these two handsets are about to be rivalled by another pair of budget blowers. Realme is a relative newcomer to the UK market, but this Chinese firm has been shaking up the market in recent months with phones – such as the flagship £699 Realme GT Pro 2 – that offer big specs on a much lower budget than the competition.

And now, the newcomer wants to boost things further by launching two ludicrously cheap smartphones in the UK. The new C35 and C31 start from under £130 and come filled with features, including impressive battery life, speedy processors and pixel-packed cameras.

Those who buy the cheapest £129 C31 will be treated to a phone with a durable design, fast side-mounted fingerprint scanner and massive 5,000mAh battery that can last a month on standby.

There’s also a triple-lens rear camera, 6.5-inch screen and it comes in two colours including Dark Green and Light Silver.

Realme says the C31 will be available in the UK with 64GB of storage and with prices starting from £129.

Anyone who fancies something a bit more premium might want to opt for the C35 with this device getting a flagship-level 50MP primary camera – that’s the same snappr as seen in Realme’s first premium flagship, the GT2 Pro.

There’s also a pin-sharp 6.6-inch screen, slimline design and rapid charging battery that can go from flat to 50 percent in under 50 minutes.

If those prices sound good the things get even better thanks to a Flash Sale event that’s taking place right now. Realme has slashed the price of these new phones with the sale continuing for the next week. This means you can grab the C31 for just £119 and the C35 costs from £139.

Here are full specs and prices for the new phones from Realme:

Can iPhone 12 really survives drops that would smash the iPhone...

Windows 10 warning: Terrifying bug is back and every PC owner...