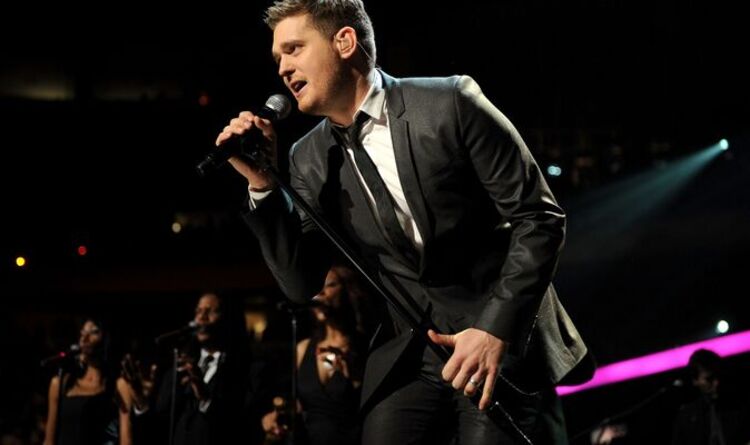 On the polished opening number, I’ll Never Not Love You, his smooth honeyed vocals ooze over a grooving beat. The tender love song sounds both trad and contemporary, and it’s tailormade for a Hollywood rom-com soundtrack. The 13 tracks include two more originals – Higher, an excursion into Latin rhythms, and tearjerker Mother, all three co-written by Michael.

My Valentine is much more in the Sinatra style. A lush, supremely classy nightclub ballad, it could have been written 70 years ago, but it was penned in 2012 by Paul McCartney who produced this version.

We’re plunged further back in time for 1939’s A Nightingale Sang In Berkeley Square, famously recorded by Vera Lynn. Bublé gives the wartime favourite a suave jazz swing, combining joy with sweet nostalgia. There’s also an upbeat take on Bob Dylan’s Make You Feel My Love (less maudlin than Adele’s), along with Sam Cooke’s Bring It On Home To Me, and a nippy, four-to-the-floor version of Barry White’s You’re The First, The Last, My Everything.

Country legend Willie Nelson, 88, adds his grizzled vocals to Michael’s dulcet tones for a languid duet on his 1961 standard Crazy, and there’s a cover of Duke Ellington’s 1942 gem Don’t Get Around Much Any More.

The album ends with Charlie Chaplin’s 1936 classic Smile, the easy-going star joined by a gospel choir.

Buble’s best work is as timeless as the appeal of vocal jazz itself. No wonder he’s sold 75 million albums. He tries new things and gives old standards fresh spins.

Fans will lap it up.

Michael Buble’s ‘Higher’ review: Nastalgia… and all that jazz