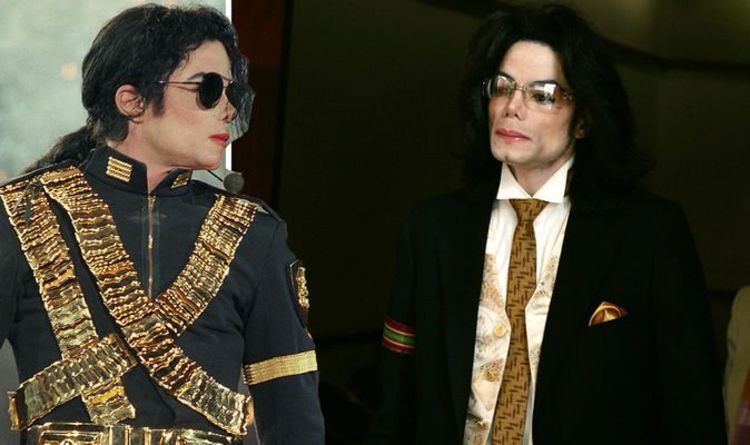 Michael Jackson: ‘I’m not an animal!’ Star LASHED OUT at ‘Wacko Jacko’ nickname

Michael Jackson remains one of the most written about people in showbiz. During his life Jackson also saw a huge amount of criticism for wearing masks and his bizarre behaviour off stage. As well as this, the star was often criticised for owning a monkey – which he named Bubbles – and his experimentation with plastic surgery. During his time in England Jackson also looked into purchasing the bones of The Elephant MAn. This led to the star was dubbed Wacko Jacko by tabloid newspapers.

In 1997 the 13-time Grammy-award-winning star responded to this hurtful nickname.

Speaking to Barbara Walters on September 7, 1997, Jackson complained to the host about how the press had treated him.

Jackson argued that there should be a line the paparazzi should not be able to cross, including chasing him down the street.

Explaining how he would make this happen, Jackson told Barbara there should be a set of guidelines outlining what “the press should not do”.

This event prompted Jackson to sell photos of his son, so that no other children would be photographed under the false pretence that it was really Prince.

Jackson went on: “So I took the pictures of the baby. And said: ‘They’re forcing me to take these pictures!’

“Even the hospital said: ‘We’ve had every kind of celebrity here, and we’ve never had it like this.'”

Jackson concluded: “So I said here, take [the photos], and I gave the money to charity.”

During the rest of the interview Jackson told Barbara how upset he was when he heard about the death of Princess Diana.

Upon hearing about the royal’s death, Jackson explained he collapsed with grief.

As well as this, the star cancelled one of his concerts in honour of the late Lady.