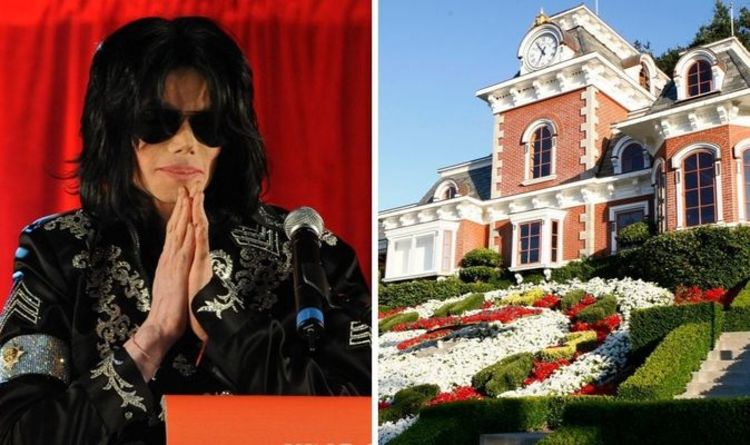 Michael Jackson Neverland: What happened to Neverland after MJ died?

Michael Jackson’s huge home was more than just a house – it was a theme park. The huge estate had everything from rides to a zoo for him and those he entertained to enjoy. However, after his death in 2009, many will have wondered what happened to the gargantuan estate.

What happened to Neverland after Michael Jackson died?

Sadly for Michael Jackson, Neverland was not entirely his when he died, as the singer sold the estate.

According to his sister LaToya Jackson, Michael had stopped believing it was his home following the police searches which took place at the ranch after allegations of sexual offences.

As part of Michae’s trial in 2003, where he was charged on multiple counts of molesting a minor, the Neverland ranch was extensively searched by police.

Michael was acquitted of all charges, but later left the ranch, saying he would never live at the property again.

In 2007, foreclosure of the Neverland Ranch was published. A spokesperson for Jackson said the loan was being refinanced, and he still retained the majority stake in the ranch.

However, as time went on, Jackson gave up more and more of the ranch, with it eventually going up for sale.

In a press release around a foreclosure auction of the ranch, Jackson said: “I am pleased with recent developments involving Neverland Ranch and I am in discussions with Colony [Capital, an investment company] and Tom Barrack with regard to the Ranch and other matters that would allow me to focus on the future.”

At this point, some believed Michael was struggling with debt or money issues, hence why he was trying to sell the ranch.

According to Billboard, Michael was reportedly in about $400million (£303million) of debt at the time of his death and was about to start a huge comeback tour at London’s O2 Arena.

However, tragedy struck when Jackson died in May 2009, and his family spoke out on their intention to bury Jackson at the ranch.

From this point, all the rides and animals were removed from the property, and some were believed to have been replaced by a section decorated with Peter Pan, along with a meditation garden.

The ranch was put up for sale in 2015 by Colony NorthStar, but Jackson’s brother, Jermaine, wrote an open letter disagreeing with the decision.

Neverland, at this stage, jointly owned by the company and the Jackson estate, with Jackson bequeathing his share of the estate to a family trust on his death.

Eventually, the ranch was being put up for sale again in 2016 via Sotheby’s, but the property began to fall in value.

Eventually, the property was taken off the market, as of February 2020, after failing to be sold for five years.

Currently, it is not open for tourists to visit it.

When did Michael Jackson buy Neverland?

Michael bought the Neverland Estate, then known as the Sycamore Valley Ranch, in 1988, for an amount which sources have placed between $19.5million (£15.7million) and $30million (£24million).

The ranch was bought in trust, but it was reported this arrangement was rescinded and Jackson became the ultimate owner, deciding to turn it into more than just his home.

Jackson lived in the ranch, but also developed a private amusement park on the property, opening a petting zoo, and numerous garden statues.

Following this, he also opened three railroads, a steam locomotive named after his mother, Katherine, a Ferris wheel, roller coaster and amusement arcade.

As well as these, there were also bumper cars, a wave swinger, a pirate ship ride, and a carousel, as well as a reported safe room for security.