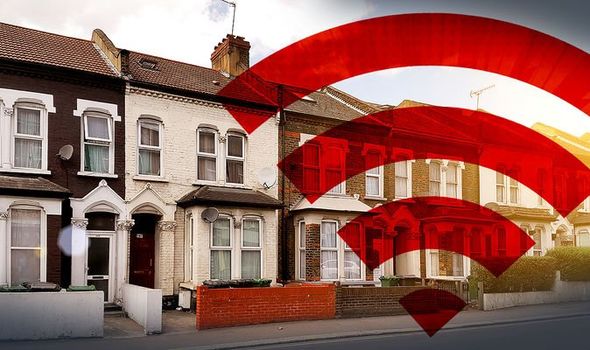 More than eight million homes across the UK can now access full-fibre broadband – an increase of three million homes compared to this time last year, regulatory body Ofcom has confirmed. Full-fibre connections are speedier, more reliable and do not require line rental fees, unlike traditional copper cables. Some of the best-known brands, including BT, TalkTalk and Virgin Media, now offer customers the chance to upgrade to a full-fibre broadband connection. And if you’re lucky enough to live in one of the eight million premises now hooked up to this next-generation connection, there are a number of benefits to switching to this technology.

Fibre optic cables have long been used to increase internet speeds to the cabinet in your street, with the last few metres to the Wi-Fi router in your home covered by copper cables. These are much slower than fibre, and more unreliable – broadband speeds delivered via copper cables can be impacted by bad weather, for example. If you have a full-fibre connection, the same powerful cables that bring the internet to the cabinet in your street continue to your front door. Of course, this usually requires some digging up parts of the road and pavement in your street, which is why upgrading older connections takes so long.

At those lightning-fast speeds, you’ll be able to download a film in 1080p High Definition in under 36 seconds, or an ultra-high quality 4K film in less than three minutes. In busy households, with multiple people streaming music, bingeing boxsets on Netflix, downloading software updates, backing-up photos to the cloud, and posting on social media… gigabit connections have more than enough bandwidth that nobody should see any slowdown or buffering.

It’s worth noting that while Virgin Media has upgraded all of its 15.5 million customers to gigabit-capable connections, not all of these users have full-fibre broadband. Instead, Virgin Media is leveraging the existing DOCSIS 3.1 technology built into its network to crank-up the speeds available to customers. Virgin Media is also upgrading its customers to full-fibre to help future-proof its network, but for now, millions can already access some of the fastest speeds in the UK.

BT’s Openreach, which provides the underlying infrastructure for BT, TalkTalk, Sky, Plusnet, and a number of other popular broadband firms, has connected more than five million homes to its full-fibre infrastructure. Interestingly, despite relying on the same cables as TalkTalk and BT, which both offer gigabit speeds, the fastest broadband bundle available from Sky is currently 500Mbps – around half the speed!

It’s unclear why the satellite television company has decided to hold off offering these next-generation speeds to those in upgraded areas, but rumours have been swirling for some time that Sky plans to ditch Openreach for Virgin Media’s gigabit-capable network.

Fibre broadband is the future of the internet, and telecoms firms like Virgin Media and BT’s Openreach have been hard at work upgrading their networks to deliver these super-fast download speeds. While existing broadband connections rely on copper cables to deliver internet from those green communication boxes littered throughout UK streets, full-fibre broadband – as the name suggests – uses more powerful (and reliable) fibre-optic cables to your front door instead.

The fastest fibre broadband speeds currently available in the UK is offered with Virgin Media’s Gig1 package, which boasts average download speeds of 1,130Mbps. That’s light years ahead of the average broadband download speed in Blighty, which stands at around 70Mbps as measured earlier in 2021.

As an example of the benefits of fibre connections, Gigabit broadband will let you download a feature-length movie in High Definition in just 36 seconds, or a crisp Ultra HD 4K film in under three minutes. These speeds mean busy households will be able to back up their photos, download software updates, make video calls, binge boxsets in 4K, and play video games online all at the same time at peak times without a hint of buffering. It also future-proofs homes for the next wave of technology, including 8K video quality, virtual reality, and more.

By the end of 2021, Virgin Media upgraded its entire network of 15.5million homes to gigabit-capable broadband (although it will take longer until all of those customers are using full-fibre connections). So if you’re covered by Virgin Media you can sign up right away. While BT’s Openreach will finish its full-fibre network upgrade (some 25 million homes) by December 2026. So far, the super-fast downloads are available to more than five million properties covered by Openreach, which supplies infrastructure for BT, TalkTalk, Sky, Plusnet, EE, Vodafone, and many more.

Smaller companies, like Hyperoptic, Gigaclear and Community Fibre, have sprung up to bring full-fibre broadband to areas not currently served by either Virgin Media or Openreach. These include projects specifically targeted at rural villages or commuter towns. If you can’t wait for next-generation broadband, these are a great option – and can be cheaper than better-known brands too.

According to the report from Ofcom, around 7.4 million broadband customers in the UK are currently out-of-contract and therefore able to switch to a new provider or a new deal with their existing supplier. Sticking on the same monthly fee after your contract ends you’re likely to be paying higher prices for slower speeds.

“Many families now have multiple devices on the go at the same time for work, learning and entertainment – and the festive holidays can see a particular battle for bandwidth,” said Lindsey Fussell, Ofcom’s Network and Communications Group Director.

“Full fibre is helping meet those demands, with millions more benefitting from faster speeds and more reliable connections. But some homes in hard-to-reach areas still struggle to get decent broadband, so there’s more work to do to make sure these communities get the connections they need.”

Around 123,000 homes (0.4 percent of the UK) still do not have access to a “decent” broadband connection, which Ofcom defines as offering download speeds of 10Mbps and upload speeds of 1Mbps. At this speed, it would take 90 minutes to download a feature-length film in High Definition.

If you’re currently one of the 7.4 million people outside of their minimum contract, it’s worth checking out the latest deals available. It’s incredibly likely that you’ll be able to save on your monthly bills or boost your download speeds – and those with very old contracts will probably be able to do both at the same time! Express.co.uk has rounded up the latest broadband deals in the UK below…

Amazon Echo price slashed and you get a free smart gift...