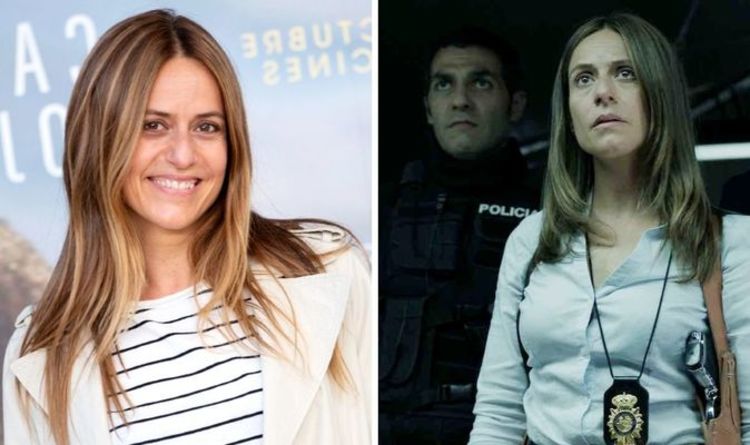 Spanish star Itziar Ituño has already landed several exciting new roles away from the star-making thriller, Money Heist. Season five of the gripping Netflix series is currently in production, but the actress is already preparing her next career moves for 2021.

Streaming service Netflix renewed the international phenomenon for a fifth and final instalment, which will bring the series to a close next year.

In the meantime, Money Heist has brought worldwide attention to its stunning cast, who have already landed a number of new roles away from the star-making series.

After portraying police inspector Raquel Murillo, now known as Lisbon, for five seasons, Ituño is set to take on some exciting projects when the story comes to an end.

She spoke to Spanish outlet Vertele about the upcoming season, and confirmed she shows no signs of slowing down once season five is finally unleashed.

Ituño revealed: “There is a series project with Netflix, which will film in the Basque Country, but we are going to see how it is carried out with the pandemic.”

Several series like Money Heist were unable to return to set for some months due to the coronavirus pandemic.

The star herself tested positive for COVID-19 in March, but has managed to make a full recovery in time to return as Lisbon for season five.

She confirmed: “They have also offered me a couple of super interesting film projects, with two production companies from the Basque Country, and I’m really looking forward to it.”

2021 is set to be a very busy year for the Lisbon star, as she admitted she may have to learn another language in between film shoots.

Ituño admitted: “And there is another project in French, which I don’t know how to speak, which is a tremendous challenge… I don’t know if I’m going to be able to do it!”

Although her schedule for the coming years is packed to bursting, Ituño confessed there were even more projects she would have liked to sign onto, which have sadly fallen through due to the pandemic.

She revealed: “Right now I’m shuffling all that. There are other projects that have fallen due to COVID-19, which makes me very sad because they were interesting,

“But I’m not complaining. I have to work in the circumstances in which we are.”

Full details for Itziar Ituño’s new Netflix projects are still unknown, but Money Heist fans will be pleased to know the streaming service doesn’t intend to let their Spanish productions fall by the wayside.

Money Heist season 4 is available to stream on Netflix.