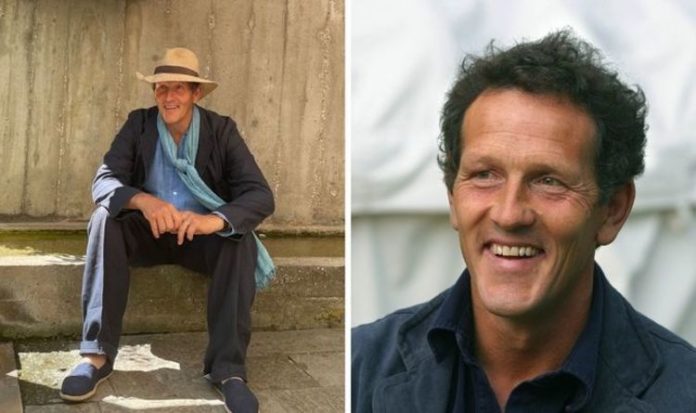 The nation’s favourite gardening expert Monty Don is the long-running host of Gardeners’ World and Big Dreams, Small Spaces. However, the 66-year-old has not presented either of the cosy BBC shows since last year, leaving his fans wondering when the horticulturist will return to screens. Monty has now given BBC Radio 2 listeners an update on the uncertain future of one of his beloved shows.

Monty, who has been the lead presenter for Gardeners’ World since 2003, was invited for a chat with Zoe Ball on Thursday’s instalment of her self-titled BBC 2 Radio breakfast show on Thursday.
Zoe, 51, was intrigued to know if Monty had any plans to record more episodes of Big Dreams, Small Spaces in the near future.
The BBC show follows Monty as he works with amateur gardeners up and down the country to help them create the garden of their dreams.
Three series of Big Dreams, Small Spaces have aired on the channel, with the last episode being broadcast back in 2017.

“But we had a very, very nice time.”
While viewers will have to wait and see whether Big Dreams, Small Spaces will return to the BBC, they can look forward to Monty fronting another gardening show very soon.
Monty’s new show, named Monty Don’s Adriatic Gardens, is landing on BBC 2 tomorrow (January 7) at 8pm.
The presenter took to Twitter to update his followers about the show, saying: “Beginning in Venice, prog one before moving down the Adriatic coast through Croatia, Corfu, Mainland Greece and ending in a very personal garden on the Island of Hydra.”