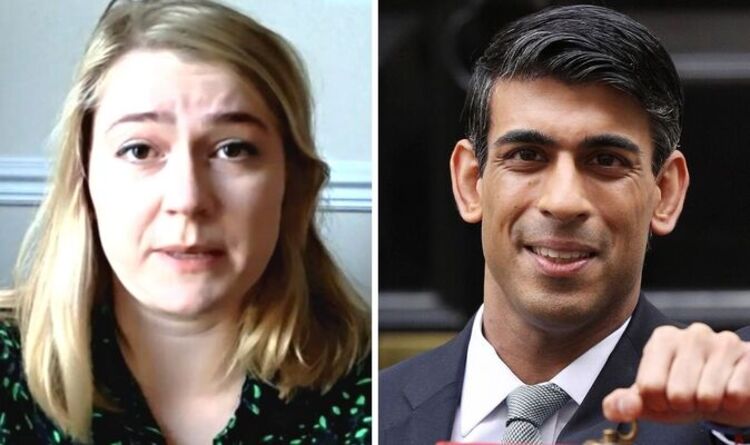 Chancellor Rishi Sunak has been under scrutiny after it emerged his wife Akshata Murty, who is estimated to be worth £500million, holds the non-domiciled status exempting her from paying tax in Britain on foreign income. On Friday, Murty announced she would be making a U-turn on this in response to the backlash and the risk to Mr Sunak’s career. On Sunday’s BBC Breakfast, Anna Isaac, who broke the story, predicted what would come next regarding Mr Sunak’s future as well as Mr Javid’s.

Presenters Ben Thompson and Luxmy Gopal spoke to Anna as well as Katy Balls, deputy political editor at The Spectator.

“There’s no suggestion of any wrongdoing,” Luxmy explained. “But in terms of how this looks, the optics of it – it must be so damaging to the chancellor.”

“And I think the issue is the contradiction between messages on being a ‘low tax chancellor’ and Rishi Sunak has made that ideology very clear, that he believes in a low-tax economy, and yet at the same time within the UK tax system, there are these preferential and better roots with very significant benefits for the most wealthy that seem at odds with the rates of ordinary taxpayers.”

“I think it shows that non-dom status is very much favoured by some of the wealthiest people in the UK.

“In fact, 76,000 people a year use the status, one in five of the highest-paid bankers in the UK use that status.”

The journalist added: “It allows a lot less transparency about the tax status.”

Ben reflected: “We’ve now had this U-turn where the chancellor’s wife said she will start paying tax on her overseas income so a U-turn there but at the same time will not give up her non-dom status.”

Katy answered: “Well, I think it’s an interesting one because ultimately these tax stories, they are complicated, and I think that on the Tory side there is exasperation that Rishi Sunak and his wife did not make that decision for her to agree to pay tax on foreign earners’ UK tax earlier on.

It comes as the U-turn continues to be questioned, with many arguing the move has come “too late”.