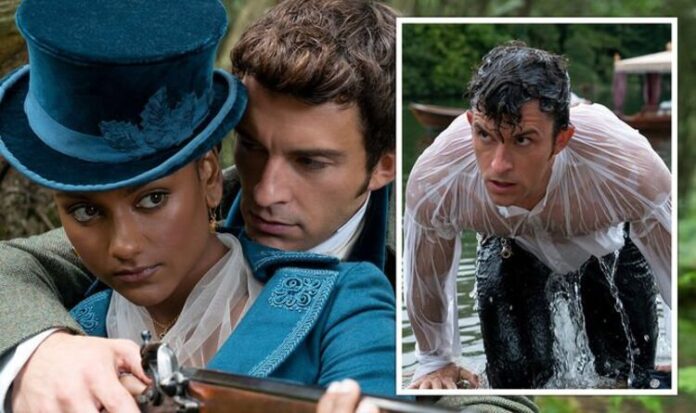 The 33-year-old star explained: “As men, we’re not going to complain about restrictive clothing when we’re sat with the women and their corsets, but the fencing outfits were quite tight in various different places and we were wearing plimsolls on quite a dewy morning on the grass.

“Going in for my final lunge with Benedict, my crotch ripped and it’s all on camera.”

He added: “It’s just in those moments where you suddenly realise you’re being filmed by four different cameras and I sort of screamed, ‘This is just so embarrassing!'”

Still, it seems the actor’s character has more to worry about than cameras filming cringeworthy moments.