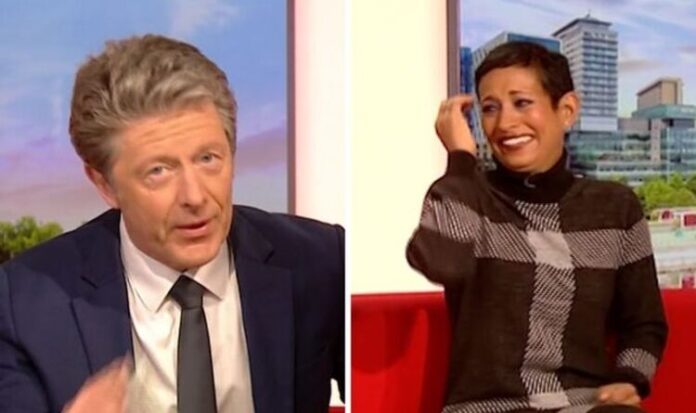 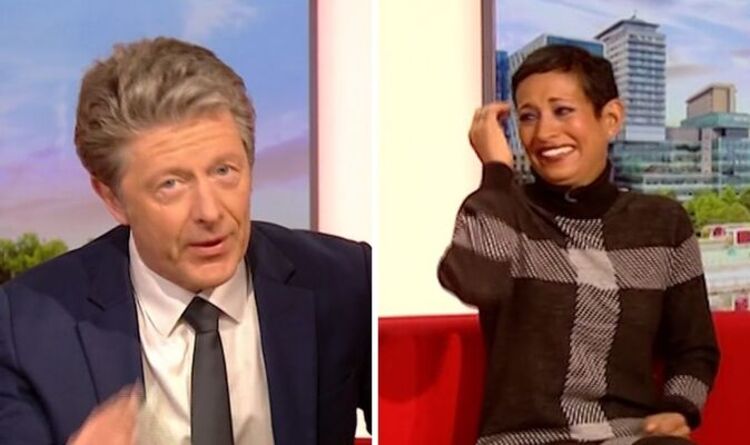 “I’ll look this way, which camera, the interesting thing here is that one thing is, is it camera three?”

Through her laughter, Naga quietly told him: “Four!”

“Four, no, I wanted a single because I think we need, we just need to remove her!” he told the camera crew.

Charlie continued: “There we are, the interesting thing that we are seeing, you will be asking at home, is what is the effect of that on a conversation you might have on Mars.

Naga Munchetty laughs at Charlie Stayt as BBC Breakfast host quips ‘Can we remove her?’