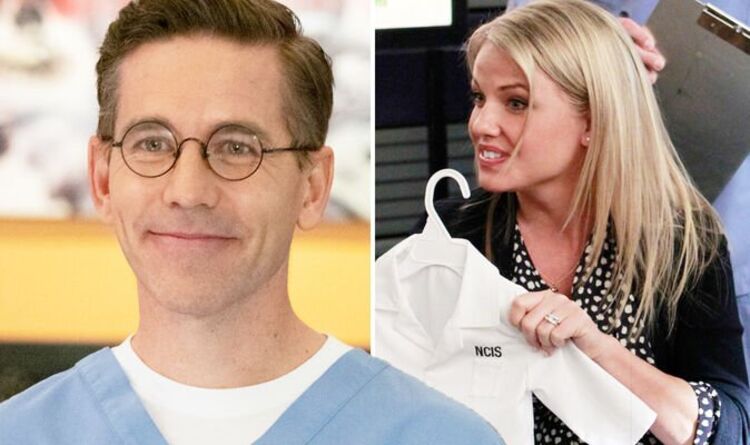 Breena Palmer (played by Michelle Pierce) sent shockwaves through the NCIS fandom last year when it was revealed Jimmy Palmer’s (Brian Dietzen) wife had died after contracting coronavirus. CBS viewers never got to say their farewells to the character after she passed away off-camera, leaving Jimmy’s grief to play out for the rest of the season and into the 19th run. But now, with episode 13 of season 19, The Helpers, on the way, new details have emerged which suggest fans may get to say goodbye to Breena finally.

This is because actor Pierce has been listed as a member of the guest cast for The Helpers, set to air on CBS on February 28.

Pierce’s upcoming appearance will be her first in the NCIS universe for seven years, having last appeared on-screen back in season 12.

The Helpers is bound to be a major occasion for the Palmer family, none least because actor Dietzen was the one who wrote the episode.

And while details of how Breena will return are scarce, although it’s safe to assume it’ll be via flashbacks, she isn’t the only member of the Palmer clan to make a surprise return.

READ MORE: NCIS’ Pauley Perrette thanks former co-stars as they reunite for charitable cause

Jimmy’s daughter Victoria (Elle Graper) will be making her first appearance in NCIS since she was a tot.

This will also mark actor Graper’s debut on the show as it’s the first time she’ll be taking on the character.

But what exactly lies ahead for Jimmy, Victoria and the rest of the NCIS team? CBS has shed some light on what to expect.

The Helpers’ synopsis reads: “While investigating the death of an intruder at Quantico, Jimmy and Kasie (Diona Reasonover) are exposed to a deadly biotoxin.

Taking to Instagram and Twitter, Dietzen shared a snap alongside Graper sitting behind the scenes in their NCIS crew chairs.

Instagram user @jamieruth3 replied: “This gives me all the feels,” followed by a love heart emoji.