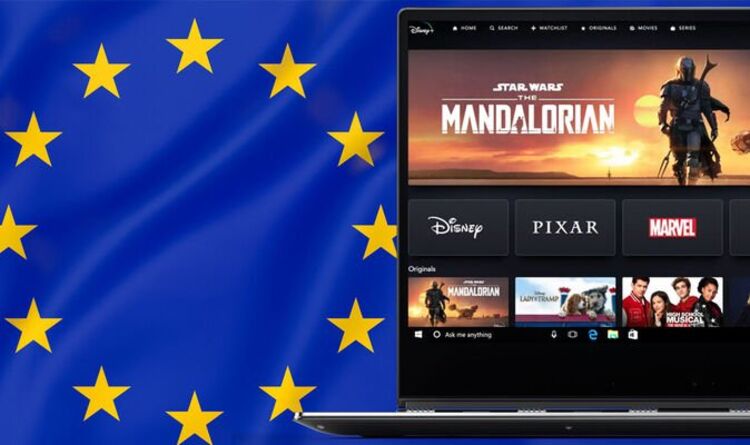 Hollywood heavyweights Netflix and Disney+ are begging the European Union for help cracking down on illicit free streams of thier biggest shows, blockbusters, and documentaries. The streaming giants are represented by the Motion Picture Association (MPA), which includes a number of Hollywood studios.

The MPA has long been leading the charge against online piracy, helping spearhead initiatives to take down hundreds of websites in recent years that helped spread illegal free live streams, distribute torrent downloads and provide access to illicit IPTV (internet protocol television) services. And as the MPA continues its ongoing efforts to crackdown on piracy, it’s now turned to the EU for extra help.

The call for help comes ahead of the publication of the Counterfeit and Piracy Watch-List report by EU bureaucrats. This annual report is designed to highlight the websites which pose the biggest threat to rightsholders.

As you might imagine, the MPA has plenty of suggestions for websites that the EU should be putting in its crosshairs, with a range of illegal piracy portals mentioned that are used by millions of people, piracy-obsessed blog Torrent Freak has reported.

For a number of years, illegal IPTV services have been a key focus for the MPA as well as the anti-piracy coalition Alliance for Creativity and Entertainment (ACE) which it is affiliated with.

For those who don’t know, IPTV services offer television content that is delivered over an internet connection. There are examples of legal IPTV services, with the most notable one in the UK being Sky’s contract-free NOW product.

But invariably IPTV services are illegal products which bundle together illicit access to content found on streaming services such as Prime Video, Netflix, Disney Plus as well as paid-for premium TV content like access to Premier League matches shown on Sky Sports – all offered for a low price far cheaper than paying for all of these services legally.

If you’re tempted by this though, just know that accessing such services – as well as downloading torrents or heading to streaming websites to watch any copyrighted content for free – is against the law.

Among the biggest offenders the MPA highlighted were BIPTV.best and BestBuyIPTV.store.

Based in Vietnam, these illegal IPTV services are popular in Europe, with the service reportedly offering illicit access to over 10,000 channels as well as a library of over 19,000 on-demand boxsets and movies.

When looking at websites that offer illegal streaming, the most popular piracy portal was Egy.best.

This Egypt-based website appeared to have been shut down in 2019, but has since made a comeback and receives almost 167 million visitors per month.

In its reported the MPA said “Egy.best will soon become the most popular and widespread of all pirate services on a global scale”.

While when it comes to torrent websites, the biggest offender in the MPA’s sights is 1337.to, whose website recently became unreachable after the domain expired.

Speaking about this popular torrent download website the MPA said: “1337x.to is amongst the highest ranked and most visited pirate sites across European countries according to SimilarWeb data. The site received 71.80 million visits from nearly 10 million unique visitor in November 2021, according to SimilarWeb data. 1337x.to has been blocked in many European countries including Italy, Spain and Belgium.”

Outlining what it would like the EU to do to help, the MPA highlighted three key anti-piracy enforcement points.

These are as follows…

Intermediaries should take adequate steps to ensure their services are not used to facilitate infringement by ceasing the provision of their services (access, hosting, search, ads, domain names, proxies, etc.) to infringing services or services who have failed to meet the verification requirements

Terrifying Windows 10 bug exposes your web history and anyone who...