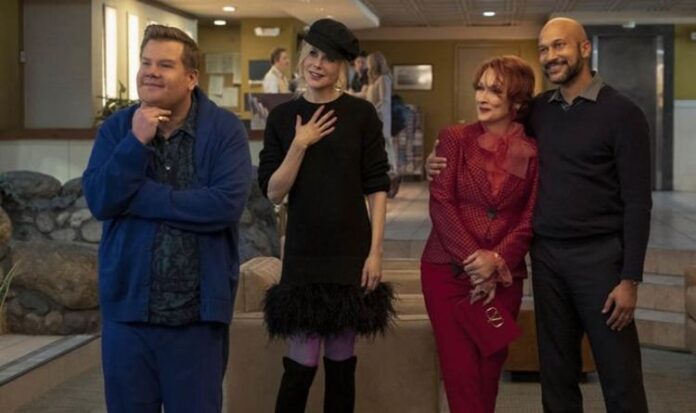 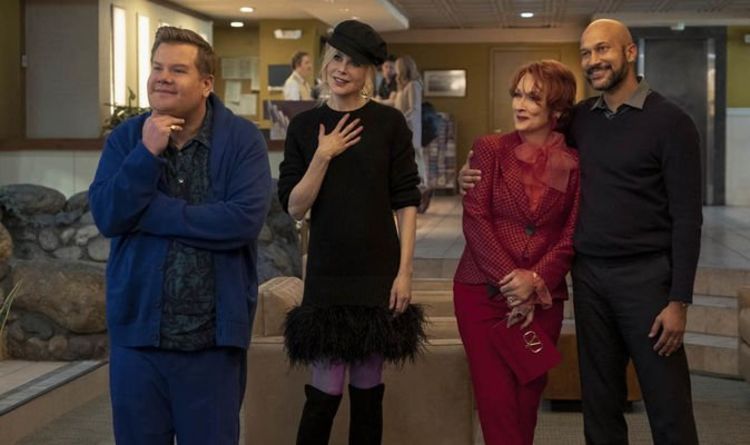 It felt more suited to a 1980s variety show than a 2020 Netflix movie. Has a road just opened up for a Duncan “Chase Me” Norvelle comeback? Thankfully, camp Corden doesn’t completely hog the limelight in Glee director Ryan Murphy’s glitzy adaptation of a 2016 stage musical. He plays one of three attention-seeking Broadway stars – diva Dee Dee (Meryl Streep), “gay as a box of wigs” Barry (Corden) and chorus girl Angie (Nicole Kidman). ”You find mincing entrance this perplexing.

After their Broadway show flops, singing barman Trent (Andrew Rannells) hits on a PR stunt. A bible-bashing town has made headlines for banning lesbian Emma (Jo Ellen Pellman) from taking her sweetheart Alyssa (Ariana DeBose) to her school prom.

But, after an intriguing set-up, it loses its edge with each Broadway star given their own momentum-sapping subplot. The satire, along with gay student Emma, is edged off stage.

There are some sharp lyrics and a couple of decent tunes. Rannells is excellent, and Streep and Kidman, while hardly stretched, provide the requisite amount of showbiz pizzazz. Corden’s performance, I suspect, will be a matter of taste.

He can hold a tune but I couldn’t buy him as everyone’s lovable, fabulous, gay best friend.