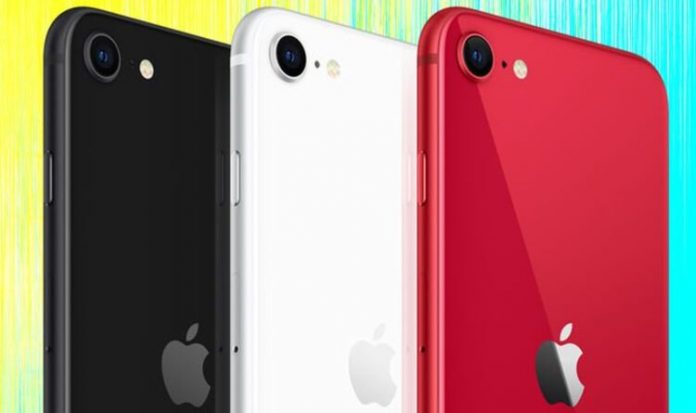 There could be some good news for Apple fans who want a new and faster iPhone on a much smaller budget. Rumours are rife that the US technology firm is planning to release an upgrade to its popular iPhone SE. And now, one expert has speculated that a launch is coming soon.

Mark Gurman, who has a good track record for getting Apple releases spot on, has revealed that an event is being planned inside the Californian company for early March with a low-cost smartphone looking likely to be top of the agenda.

In a post on Bloomberg, Gurman has revealed that Apple is planning a big reveal around Tuesday, March 8 – that’s just one month away.

It’s thought that the new iPhone SE will feature improved cameras, have more power under the hood courtesy of a better processor, and bring 5G data speeds to this entry-level phone for the very first time.

All of Apple’s latest flagships, including the iPhone 12 and 13, now include this latest and greatest network technology which allows users to whizz files and films to the screen at speeds in excess of 300Mbps – that’s quicker than most home broadband.

The current £389 iPhone SE sadly lacks any access to 5G so it would make sense for Apple to give things a boost.

Although there’s plenty of new technology going on inside, it’s thought that Apple will not be refreshing the physical design which means owners won’t get the striking all-screen appearance found on the more premium models.

Instead, the SE looks set to continue to feature a 4.7-inch display with larger bezels at the top and bottom. If that rumour is true then it’s also unlikely that Face ID will be coming to the SE with the screen being unlocked via the older Touch ID fingerprint technology.

Hopefully, we’ll find out full details next month and, if March 8 is the date Apple has planned for the launch, invites to an online event could be sent to media in the coming weeks.

Along with a new iPhone, it’s also thought that Apple could use this March event to release upgrades to its iPad lineup and announce the official release of iOS 15.4 which lets users unlock their phones even when wearing a mask.

This will end the annoyance of trying to access the screen whilst wearing a face covering.

Apple did introduce a system that uses the Apple Watch to help confirm the user’s identity last year, but this new update allows Face ID to recognise owners from their eyes and forehead. That means you won’t need a smartwatch strapped to your wrist when trying to quickly access the homescreen in a shop.

Sainsbury’s shoppers warned: whatever you do, don’t trust this ‘free gift...

You can now get the fastest Android phone for a price...