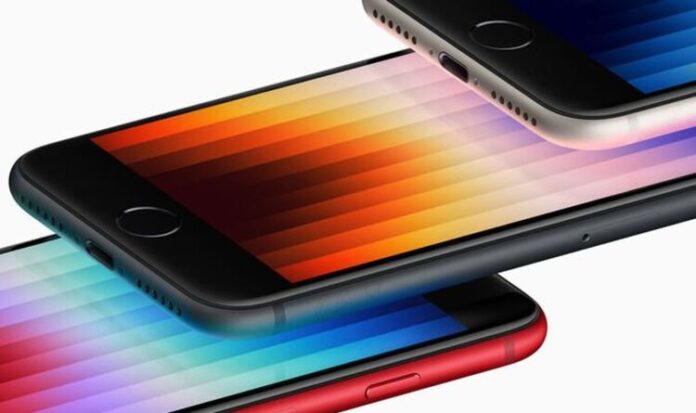 Apple is about to make owning a powerful iPhone more affordable. Not only is the new iPhone SE device going on sale tomorrow for the low price of £419, but there are some pretty generous trade-in deals available that will make it even cheaper.

For example, fans who have an iPhone 8 in their pocket can hand that old device over and get £105 off the all-new SE. Anyone with an iPhone X will see £145 knocked off the cost, and there’s over £200 off for those who own an iPhone XS.

If that sounds enticing, there are some decent upgrades coming to this phone. The third-generation iPhone SE comes packed with the blisteringly quick A15 Bionic processor under its shell. That’s the same brain that powers the ultimate (and very expensive) iPhone 13 Pro Max!

This huge performance boost makes the iPhone SE almost twice as fast as previous models with even the most data-hungry digital tasks performed without it breaking a sweat.

That new chip isn’t the only thing that will make the SE faster as this phone now gets access to 5G technology allowing owners to download movies on the move at speeds that will make home broadband look embarrassingly slow. 5G is fully capable of whizzing files to phones at speeds in excess of 300Mbps – that’s quick enough to download a blockbuster movie in a matter of minutes.

There’s also a boost to the camera which should make those holiday snaps look Instagram ready and Apple has improved the battery life plus made things faster to refill once it does run flat.

Just like the last iPhone SE, owners will get a 4.7-inch Retina display, Touch ID fingerprint scanner and there are three colours to choose from including Midnight, (Product) Red, and Starlight.

If you think you fancy this upgrade the SE will be available to pre-order from tomorrow and costs just £419.

As well as revealing the new SE, Apple has also added a new green colour to its iPhone 13 and iPhone 13 Pro range. These new shades will also be available from tomorrow.