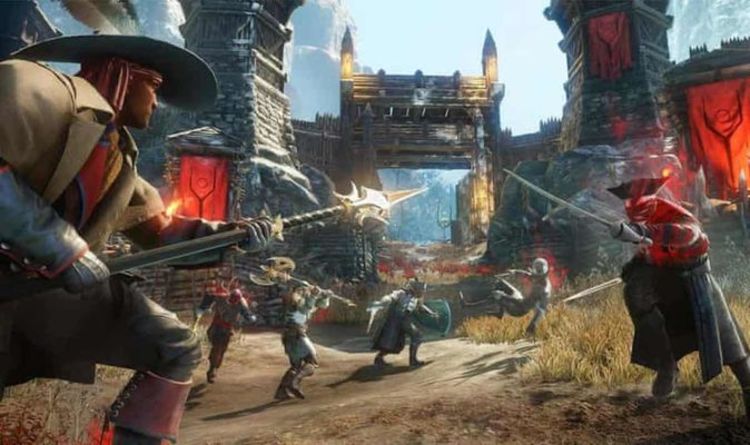 Making a handful of improvements, New World update 1.1.2 is available to download and install right now.

Unfortunately, however, the update launches alongside a period of server downtime.

The New World server downtime runs for approximately 3-hours, which means it should be back online by 10am GMT.

Sometimes Amazon discovers further issues during the downtime, so don’t be surprised if it gets extended.

As for the new update, Amazon has fixed issues with the New World servers and housing.

Specifically, players can re-purchase houses that were lost during a recent rollback. The only downside is that you’ll need to pay taxes on them.

Furthermore, Amazon has provided some additional groundwork for server merges, which should make things run smoothly.

Finally, Amazon has put an end to the limited time Turkey Terror event, although it will almost certainly return next year.

• The limited time “Turkey Terror” world event has been disabled and will return in the future. Gobble Gobble.

• Players are now able to repurchase and utilize houses that were lost during a rollback. This should also allow players to pay taxes on houses they own if they encountered this issue

“Explore a thrilling, open-world MMO filled with danger and opportunity where you’ll forge a new destiny for yourself as an adventurer shipwrecked on the supernatural island of Aeternum,” reads the official description.

“Endless opportunities to fight, forage, and forge await you among the island’s wilderness and ruins.

“Channel supernatural forces or wield deadly weapons in a classless, real-time combat system, and fight alone, with a small team, or in massed armies for PvE and PvP battles—the choices are all yours.”