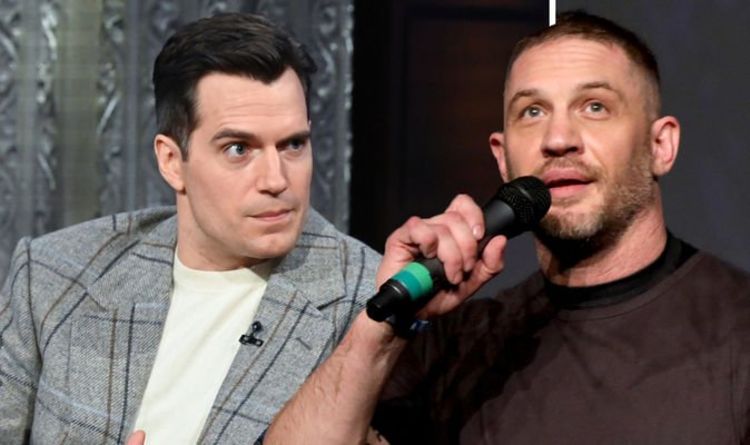 No Time To Die brought a definitive end to the Daniel Craig-led James Bond films by killing the character off once and for all. Since then, fans have been yearning to find out who 007 bosses will hire to replace the iconic British star. And at the moment the Bond odds are firmly in the grasp of the charming Bridgerton actor Regé-Jean Page, who has a staggering 5/2 from Ladbrokes. But things are quickly changing in the top ten list.

Tom Hardy is still holding firmly onto his second-place spot with 10/3, giving him an extremely good shot at becoming the man of mystery. Although fans have made it quite clear they would love for the Venom star to join the 007 franchise, Hardy has previously said he would never comment on the matter. He confided: “You know, there’s a saying amongst us in the fraternity of acting, and in the fellowship of my peer group, that if you talk about it you’re automatically out of the race. So I can’t possibly comment on that one [Bond]! If I mention it, it’s gone.” But everything seems to be changing around Hardy’s position. His spot in the odds has constantly been under threat from The Witcher actor Henry Cavill who has most recently been awarded 5/1 from Ladbrokes. However, he has recently commented on claiming the role.

Cavill recently told his fans: “Time will tell. You don’t know which direction they want to take Bond in and so I like to say that everything’s always on the table.” Despite the popularity of both Cavill and Hardy, one BBC actor is on his way to the top of the Bond odds: Jamie Dornan. Dornan hit mainstream success in 2015 when he starred in the saucy romantic thriller Fifty Shades of Grey as the mysterious Christian Grey. Since then, he has made his mark on the small screen playing the horrific murderer Paul Spector in TV show The Fall. His diverse experience may make him the perfect man for the 007 job.

Dornan’s odds have been dramatically slashed from 10/1 to 8/1 by Ladbrokes with scope to see his chances improve even more. The betting firm’s Alex Apati said: “As expected, Jamie Dornan’s odds have been cut once again as he continues to establish himself as a firm frontrunner in the race to replace Daniel Craig.” A source also recently told OK! Magazine: “[Bond] producers are proceeding carefully because so much depends on who they choose. [Daniel Craig] had an incredible run, and they need someone who can carry on the suave 007 legacy. [Dornan]’s already shown he has what it takes to see a franchise through to success with Fifty Shades of Grey. There’s not going to be any decision announced for a while. Until then, the competition’s neck and neck.” And he’s not the only popular star gaining ground on the top spot.

Richard Madden, who recently starred in Marvel‘s Eternals as Ikaris, now has an impressive 6/1 odds on claiming the role. And it looks like he could be on the cards to take the role, following a red carpet appearance that saw him ignore the Bond question (watch above). He is joined by fellow superhero star Tom Hopper, who is best known for playing Luther in The Umbrella Academy and for appearing in Game of Thrones as Dickon Tarly. With so much pressure surrounding the next Bond actor, fans might think Craig is invested in how his role will be treated now that he’s gone – but they would be wrong.

Craig was recently asked: “Someone puts a gun to your head and says: ‘Name the next Bond.'” The 53-year-old replied: “I literally… I’m so… it’s not my f***ing problem! It’s so above my pay grade it really is. I would not want that choice.” In another interview, Craig was asked what kind of advice he would give to the actor who will take his place. After thinking about it for a second, he chuckled: “Don’t f**k it up. It’s a beautiful, amazing thing. Leave it better than when you found it.”

James Bond No Time To Die is still in (some) cinemas now, and is available on DVD and Blu-ray.