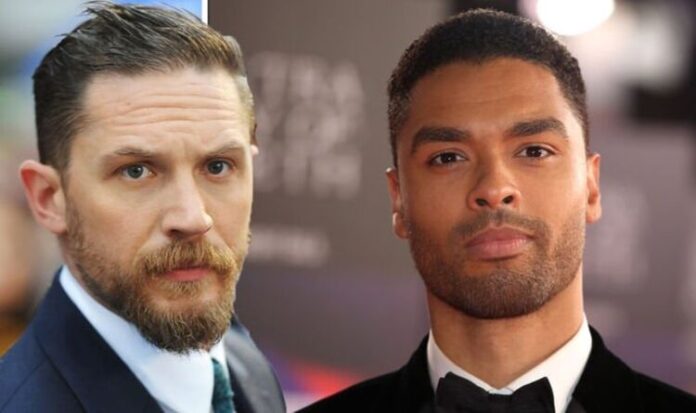 Daniel Craig went out with a bang in his final James Bond film last year: No Time To Die. The actor playing the role of his replacement will likely be announced in the next year, but until then, the Bond odds are the only way of predicting who might be in the running.

Tom Hardy has been a favourite with fans and bookies for months, but things are going from bad to worse for the Venom star.

Hardy previously had a strong third-place spot in the Bond odds. But Ladbrokes have now quashed his chances even further.

Hardy’s odds are now sitting at 8/1 – which are still great odds but are nowhere near as strong as they were last year.

Instead, there are four actors who are just ahead of him. And the first comes straight from the BBC.

James Norton is best known for appearing in Grantchester and McMafia. The British actor currently has an immoveable 8/1 from Ladbrokes on becoming 007 next. And he has already revealed how he would change the legendary character if he were picked to play Bond, James Bond.

He revealed last year: “I’m a type one diabetic. How cool would it be to have a diabetic Bond? It would be wonderful for all those diabetic kids out there to think even a type one diabetic could be Bond! Other than that, I’d leave it to Daniel and the writers to carry on the legacy.”

But just ahead of him is another BBC actor: The star of Poldark.

Henry Cavill most recently appeared in The Witcher season 2, where he reprised his role of Geralt of Rivia.

The former DC Comics star famously auditioned to be James Bond back in 2005, but lost out to Daniel Craig (and for reportedly being “too fat”).

Now, he’s back with a vengeance. Ladbrokes has placed the star at second place with an incredible 7/2 on becoming Bond.

But he is struggling to take over from the Bond odds frontrunner: Regé-Jean Page.

The Bridgerton hunk has been at the top of the leaderboard for some time now.

Ladbrokes’ Alex Apati notes how the star is continuing to lead the pack, even many weeks after Page said he was “flattered” by the casting rumours – but didn’t think there was much behind them.

Page currently has an unbelievable 3/1 on becoming Bond next. Alex Apati said: “Regé-Jean Page and Henry Cavill have pulled even further away in what now looks to be a two-horse race between the pair to play 007 next.”