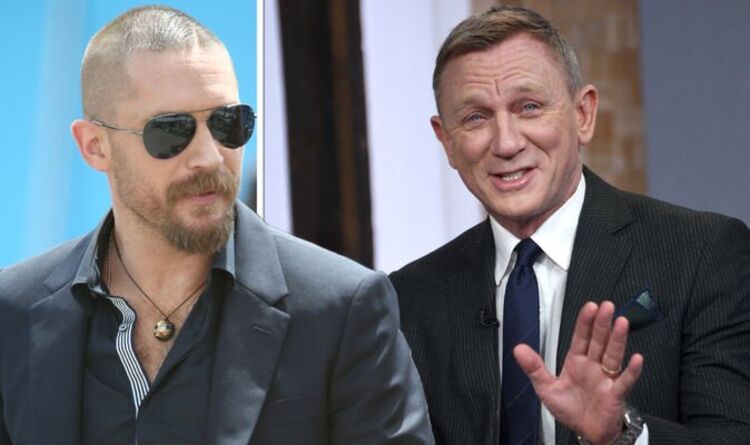 Daniel Craig‘s exit from the James Bond series after No Time To Die has left a vacuum of power in Hollywood. Many actors want to be the next 007, but the official announcement likely won’t come for a few months. Until then, the Bond odds are all fans have to predict who will come next.

Tom Hardy has been at the top of the betting for the better part of a year, but his favourite spot is now dwindling drastically.

This weekend, during the 2022 Oscars, a number of Bond candidates were up for awards.

Will Smith, who slapped Chris Rock live on TV, is still in the running, despite his actions. He currently has 100/1 from Ladbrokes on becoming Bond after Craig.

However, Ladbrokes representative Alex Apati says that’s as far as he’ll get. He revealed: “Will Smith was clearly shaken, not stirred, at the Oscars on Sunday, but the odds suggest that’s as close as he’ll get to playing Bond any time soon.”

Meanwhile, Hardy is leagues ahead of Smith with an impeccable 8/1, but he has a lot of ground to cover if he wants that highly-coveted role.

Hardy hasn’t got the easiest journey ahead of him, as he is going toe-to-toe with a number of talented young stars.

Currently, at the top of the Bond odds is Regé-Jean Page of Bridgerton season one fame. The British-Zimbabwean actor currently has a strong 7/2 from Ladbrokes. This makes him the favourite to become Bond in the coming months – but he isn’t confident he will get the part.

Henry Cavill is currently in second place in the Bond odds. He is just behind Page with a slowly improving 4/1 from Ladbrokes – up from his fourth-place spot last week.

Apati said of the star’s massive improvement: “We’ve seen so much interest in Henry Cavill over the past 48 hours, he’s now leapfrogged Aidan Turner into second-favourite spot in the betting, while Regé-Jean Page continues to lead the way as Daniel Craig’s most likely replacement.”

Cavill is best known for playing pop culture icons Superman and Geralt of Rivia in The Witcher, so he is certainly popular enough. But he has already attempted – and failed – an audition to become James Bond.

Cavill famously went up against Craig in the audition process for Casino Royale back in 2005. However, when he arrived to audition for the role of a brand new 007, he was told he was “too fat” to play the character.

This sent him straight out of the race, leaving him to lose to Craig – and the rest is history. Craig shot five films as James Bond over the span of 15 years.