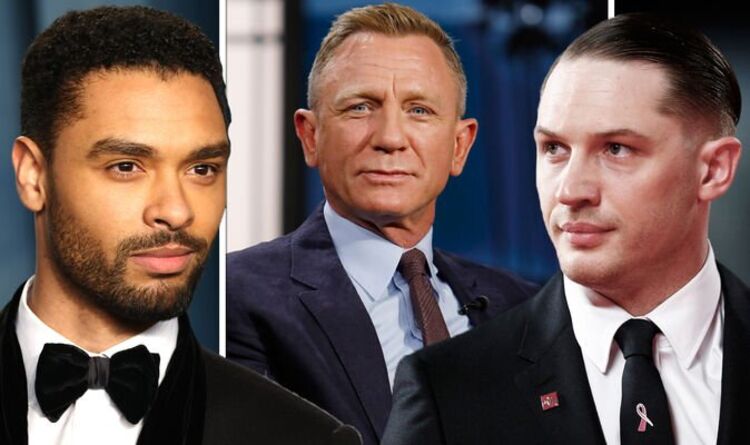 It looks like it is all over for Tom Hardy fans. The Venom star has been one of the favourite actors primed to take over from Daniel Craig as James Bond following his final movie, No Time To Die. But the Peaky Blinders actor has had a bad time in the Bond odds this week.

As it stands, Hardy is currently fourth in line to claim the much-coveted role of 007 in the next movie.

Hardy currently has a depleting 8/1 on becoming Bond from Ladbrokes. The actor has played a number of action-focused roles during his career thus far, including Bane from Christopher Nolan’s Batman trilogy, Max in Mad Max: Fury Road, the Kray Twins in Legend, and Charles Bronson in Bronson.

With such a strong career behind him, Hardy is primed and ready to take on the role of 007. But with such decreasing odds, has his chance passed him by? Either way, the British star himself has confessed he would never discuss the possibility of becoming Bond.

He previously said of the rumours: “If I mention it, it’s gone. You know, there’s a saying amongst us in the fraternity of acting, and in the fellowship of my peer group, that if you talk about it you’re automatically out of the race. So I can’t possibly comment on that one.”

Meanwhile, there are currently a number of big names ahead of him in the Bond race.

Regé-Jean Page is currently at the top of the Bond odds leaderboard.

The former Bridgerton actor gripped the nation with his portrayal of the Duke of Hastings. Since then, his suave sophistication has left him a leading favourite with the bookies. Ladbrokes have given him an incredible 9/4 to become 007 in the near future, making him the current favourite.

However, he said on a recent edition of The Tonight Show that he doesn’t consider these rumours to be serious.

In second place in the Bond odds is Henry Cavill.

The Superman actor has made quite a name for himself over the past few years, appearing in franchises such as Enola Holmes, Mission: Impossible and The Witcher. And the Netflix star’s hard work has paid off.

At the moment, Ladbrokes have awarded the star an impeccable 4/1 on becoming the new-and-improved James Bond.

This is even more exciting for the Brit, considering he was previously turned down for the role. Cavill famously went up against Craig in 2005 for the role of James Bond in Casino Royale. But, when he arrived at the audition, he was told he was looking “a little chubby”.

He recalled: “I didn’t know how to train or diet. And I’m glad [the director] said something, because I respond well to truth. It helps me get better.”

Could he have what it takes this time around to become the hero fans want him to be?

James Bond No Time To Die is available on digital, DVD and Blu-ray now.