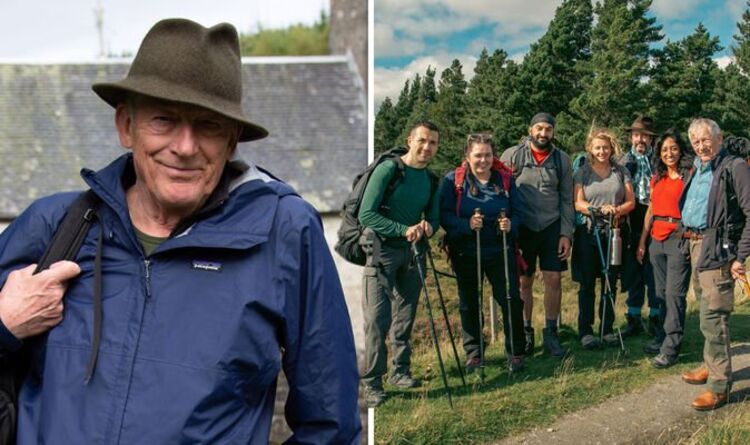 Nick Hewer joins six other celebrities on a trek from Ireland to Northern Ireland and Scotland in BBC Two’s Pilgrimage: The Road to the Scottish Isles. However, talking about the experience to Express.co.uk and other press the former Countdown presenter admitted he had health concerns ahead of the trip.

Emmerdale’s Louisa Clein, who is Jewish, Christian and former Gogglebox star Scarlett Moffatt and comedian Shazia Mirza, who is Muslim also take part in the pilgrimage.

Paralympian Will Bayley, who is a lapsed Christian, completes the line-up.

The celebrities will set out on foot, by road and by sea travelling over 1,600km to follow in the footsteps of St Columba, a key figure in British and Irish Christianity.

Speaking to Express.co.uk, Nick admitted he had some concerns about taking on such a challenge.

He said: “As an ex-smoker, I was very worried about it so there was the health thing.”

When asked about the journey, the former Countdown star explained he enjoyed “falling behind” his co-trekkers.

Nick continued: “I think that nature is next to God and I’m not stretching any further than that so I thought it was wonderful I love nature and the highlands get it over Ireland every day.

“I’m very happy not to have discovered God but I hope that it gave a sense of beauty and humanity, which is in pretty short supply.”

The former Apprentice star was asked about how he managed the mammoth trek.

Nick explained the key to his success was preparation and the trek was something he’d love to do again.

He said: “We were in lockdown because of the bubble and all that stuff so we had to keep to our rooms and I thought, ‘You’re not going to catch Covid travelling 30 miles around Donegal so I was quite fit when I started and got fitter all through.