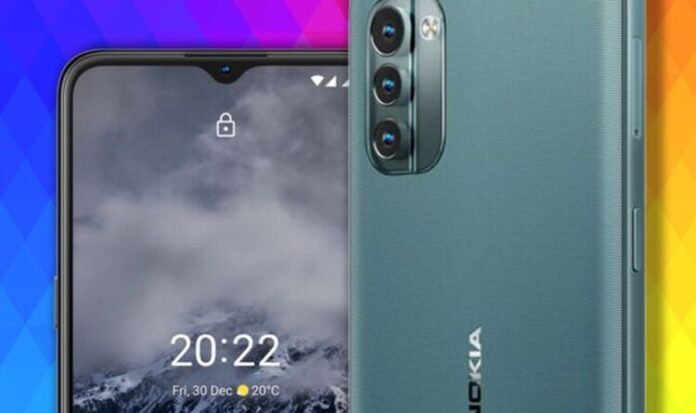 Nokia is back with a new phone that offers some epic battery life at a price that’s pretty hard to fathom. The all-new G11 was announced by Nokia’s owners, HMD Global, back in February and now it’s officially available to buy for the price of just £119.

That’s incredibly cheap and it’s not just the three-day battery that sounds impressive with this phone also getting a large 6.5-inch display with a fast 90Hz refresh rate for speedy scrolling.

Spin the device around and you’ll discover a triple-lens camera on the toughened rear case which Nokia says can shoot perfect snaps in all conditions including when the lights go down. That’s all thanks to main a 13-megapixel lens with autofocus.

Another bonus of the G11 is that it comes with twice as many security updates as the competition to help keep important data stored on its devices fully protected.

This means that you are guaranteed two years of OS upgrades and three years of important security updates. Other bonus extras include a MicroSD card slot to help boost the internal storage, biometric face unlock technology and a quick way to refill the giant battery thanks to fast charging.

If all that sounds enticing then the Nokia G11 is now on sale from Nokia’s official store with the firm even throwing a protective case for an extra 1p – bargain!

READ MORE: Samsung’s new £179 Android smartphone has to be seen to be believed

Speaking about this long-lasting phone, Florian Seiche, CEO at HMD Global said: “The G-series is our heartland; it’s what we’re known for; affordable devices that can go the distance from hardware to software. With quality materials and regular security updates, and software upgrades, the Nokia G11 is no exception. This means you can keep your device for longer. Your Nokia smartphone will still be as fresh as the day it arrived, reducing the need for unnecessary upgrades, which in turn, reduces our environmental impact.”

Of course, it’s not just Nokia who is releasing budget call makers with Samsung also releasing a swathe of new A-Series devices that don’t cost a small fortune.

The cheapest of the bunch is the new Galaxy A13 which costs just £179. For that low price, fans will get a device with a giant 6.6-inch screen, quad rear camera and a monster 5,000mAh battery.

For something a little more premium there’s also a new Galaxy A53 and A33.

The A53 5G gets all of the same features as the A33 but users will be treated to a bigger and faster display 6.5-inch AMOLED.