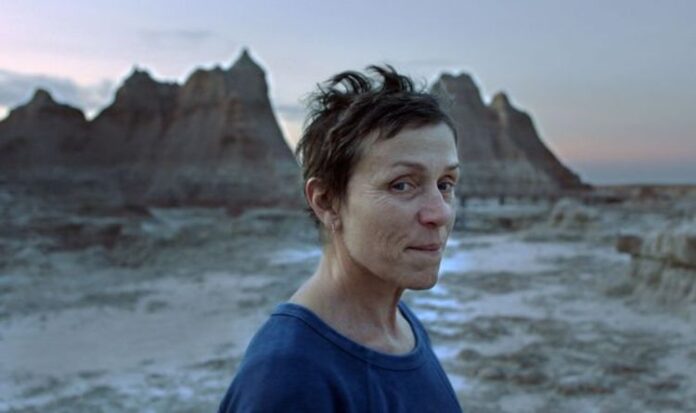 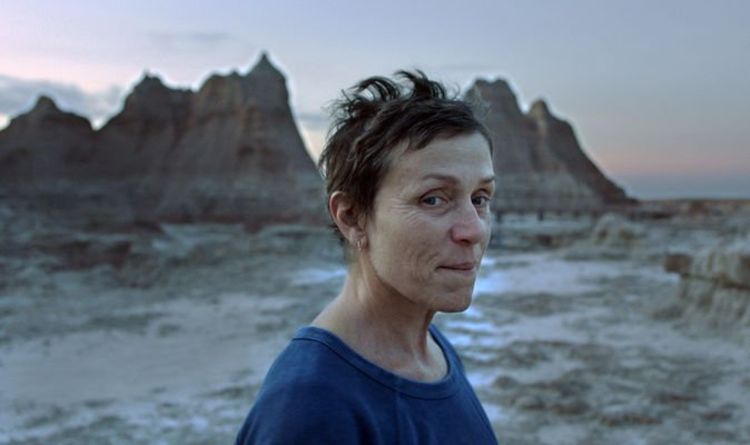 Chloe Zhao’s beautifully shot and scored character study isn’t a typical awards winner, or even a typical American movie. There are no melodramatic back stories, dark secrets, contrived romances or third act turning points. Based on Jessica Bruder’s non-fiction book, the film explores 21st-century “Nomads” – cash-strapped lone pensioners who live in vans and travel around America picking up seasonal work.

In 2011, US Gypsum closed its plant in Empire, Nevada. Fern lost her husband around the same time she lost her job and her community. Now, she has decided to leave the ghost town and embark on a new adventure.

After loading a few belongings into a rusty white van, she travels to her new temporary job in an Amazon warehouse.

One of her workmates, Linda May (playing herself), tells her about a desert camp run by Bob Wells (also playing himself), the bearded spearhead of the Nomad movement.

It’s there that Fern finds companionship and freedom. She learns how to “stealth park”, “take care of your own sh**” (literally) and appreciate the majesty of the American landscape.

Nothing that a screenwriting manual would deem dramatic happens on her travels. But the Best Picture of the Year is touching, wryly amusing and, like its unusual heroine, bracingly unsentimental.

Nomadland: A touching and wryly amusing drama with an unusual heroine