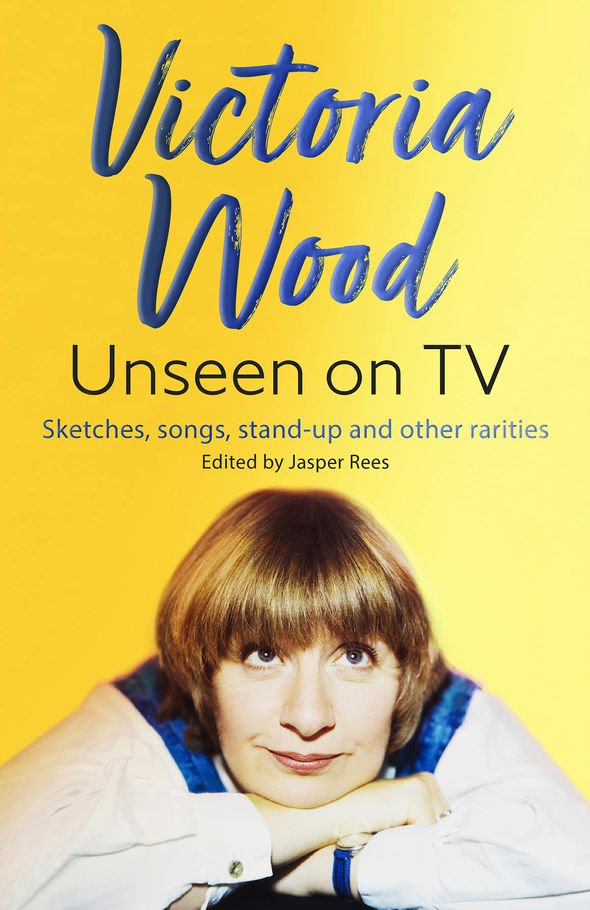 Victoria Wood will always be unique.

Unlike almost anyone else, she could do it all: sketches, songs, stand-up. She could write, act, compose, direct, and much more.

Once upon a time, at the very start of her career, she even did magic tricks. I interviewed Victoria many times over the years and, after she died of cancer, five years ago aged just 62, I was given the great privilege of writing her authorised biography.

During the course of researching Let’s Do It, which was published last year, I was granted access toVictoria’s archive and was stunned to unearth a huge cache of sketches and ideas that had never been seen.They were written for herTV shows but, so overflowing was her imagination, there simply wasn’t room for them all.

These wonderful gems are brought into the light in a new book called Victoria Wood Unseen on TV.

I can safely describe it as the funniest new joke book on sale this Christmas because it’s written by the greatest gagsmith of them all. Likewise, the book also contains some of the hundreds of photographs I found in her private albums.

They show how much she loved her work, and how easily she could overcome her great shyness if there was a camera about.

Victoria loved a photo booth. In pre-selfie phone camera days, they were the cheapest means of mugging for the camera with your mates, and there are plenty of such snaps in her albums.This one, from 1974, is with Chrissie Poulter, who studied drama with her at Birmingham University. Victoria didn’t get many acting opportunities as a student, but seized the chance to write scripts for friends to perform.That year she wrote one for Chrissie, a cheeky portrait of their friendship. One friend, based onVictoria, is sarcastic and full of quips, while her pal is naïve and straitlaced and the butt of jokes.Victoria even wrote a lilting love song called “Photo Booth”. It was about her first boyfriend.The first verse has a lovely sting in the tail: “Found your picture the other day / Memories took my breath away / Made me smile, made me cry a bit /What a stupid git you were.”

This snap, taken backstage at the Ambassadors Theatre in London’s West End in 1984, captures Victoria near the start of her career as a standup. There were no female stand-ups back then, so she had to come up with an outfit, with nothing to go on. With advice from her husband Geoffrey Durham she went for an androgynous look. “The audience expected jokes to come out of a masculine frame,” he told me. “So in some way there needed to be something masculine about her.” Aided by her feather cut, she was often assumed to be lesbian. Long before she had a big gay following, she had a huge lesbian fanbase. Thanks to her penchant for wearing ties in the early Eighties, she was even nominated for Man of the Year by the British Clothing Industry Federation (though Trevor McDonald won).

HER GARDEN IN SILVERDALE

Victoria and Geoffrey moved to Morecambe in 1977 but, as her fame grew, living in a small town became a problem. In 1980, the morning after an appearance on Granada TV, her newsagent shouted across the shop: “Not very good last night,Victoria!”The couple went straight to the nearest estate agent and picked out a house in Silverdale, a pretty village on Morecambe Bay where they lived for the next decade.Victoria was a better gardener than she let on. “The garden is quite mad,” she wrote to pen pal Jane Wymark. “V. untidy but looks OK. Geoff’s geraniums are huge but may prove to be the only strain of non-flowering ones.”

THIS was taken at the after-party at the recording of Victoria Wood’s All Day Breakfast in 1992. Victoria and Duncan Preston played married daytime presenters Sally Cumbernauld and Martin Crossthwaite, who are visibly tetchy with each other on screen (Richard and Judy were reported to love them). One of their guests is Alan Rickman, who Victoria had known since in 1976 when they were in a show together. Sally makes a great show of pronouncing “Les Liaisons Dangereuses” correctly, then introduces him as “Alan Dickman”. Victoria wrote it before she knew he’d do it. As the snap suggests, he was very sporting about it.

WHENVictoria toured her live shows, she worked out that the second half would start with a bang if she came in dressed as one of her characters. In 1993, she came up with a fitness instructor called Madge, but it didn’t make sense to knacker herself doing an exercise routine with half the show still to perform. So, in 1996, she devised Hayley Bailey and moved her to the encore slot at the end of the show.Victoria choreographed a hilarious step class routine involving groin thrusts and hip swivels.This photo was taken backstage after the show when she had pulled off Hayley’s big blonde wig.

This photo was from an after-party at the recording of Victoria’s All Day Breakfast in 1992 (Image: Copyright Victoria Wood Estate)

Victoria would always say that she found touring lonely. In 2001, for her final tour, she stopped playing the grand piano herself and took an accompanist with her. She found Nick Skilbeck via the Royal Academy of Music. Victoria’s marriage was on the rocks at this point, and she appreciated having someone to confide in. As the photo suggests, they got on extremely well. In the afternoons they would play duets together. He is thus the only person who, being onstage with her, felt the magnitude of the audience’s love for her, above all one night shortly after 9/11. “The most instant, unanimous standing ovation was like a force of energy coming at you,” he told me. “She turned round to me and went, ‘Whoa!'”

This was taken afterVictoria’s final performance at the Royal Albert Hall in 2001. She’d sold out 40 nights, but didn’t think she’d be back as she had decided to retire from stand-up.To mark the occasion she and her management team ran chair races round the basement circuit of the building.Victoria, who was always highly competitive, is pulling her agent Lucy Ansbro. “We let her win,” tour promoter Paul Roberts told me. “First rule of promoting: the act always wins. I think that might be the happiest I’ve ever seen her.”

Victoria was a Strictly fan. For her Christmas show in 2009 she invited Anton du Beke to star in what turned out to be her very last appearance with Julie Walters. “Beyond the Marigolds: What Mrs Overall Did Next” was a spoof documentary parodying all those talent shows where celebs learn to dance/cook/skate. Victoria played Boadicea Overall’s mousy live-in companion

Wendy, but off camera she snuck a hug with her guest. Another snap in the album has Victoria and Julie with ice dancers Torvill and Dean. The show she was truly obsessed with was MasterChef. She watched it with friends and delighted in cracking jokes at the expense of Gregg Wallace. It was the last show she watched when she was ill. To the very end, she was taking the mickey out of what she’d seen on TV.