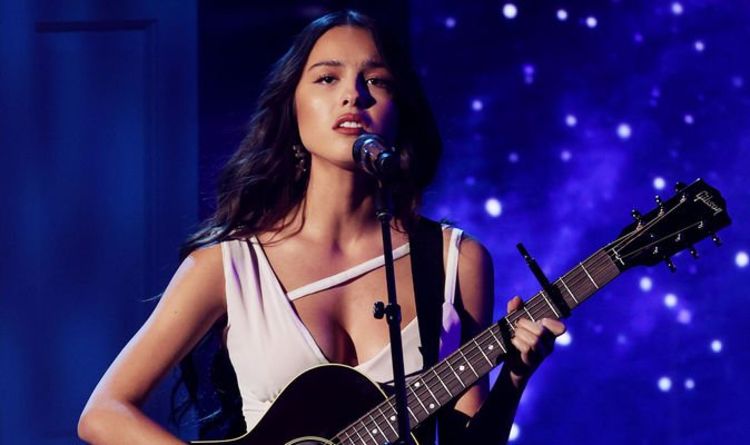 Olivia Rodrigo has had an incredible year. She only released her debut album, Sour, in May, but it has gone down as the biggest and best album of the year. Spotify even named her the most-streamed artist in all of 2021. Next year she will embark on her first large tour throughout North America and Europe.

After venturing through America Olivia will cross the pond to hit the UK and Europe.

She will move on to Dublin, Ireland, before hitting Glasgow in Scotland.

The singer collected a massive amount of awards in the past few months, including New Artist of the Year at the American Music Awards.

She also just received seven nominations for the 2022 Grammy Awards.

And with good reason, considering her show-stopping track Drivers License went 4x Platinum after hitting number one in 30 countries around the world.

Olivia said she wrote Drivers License while going through a “heartbreak”.

Olivia said the heartbreak “was so confusing to me, so multifaceted”.

She added: “Putting all those feelings into a song made everything seem so much simpler and clearer – and at the end of the day, I think that’s the whole purpose of songwriting.

“There’s nothing like sitting at the piano in my bedroom and writing a really sad song. It’s truly my favourite thing in the world.”