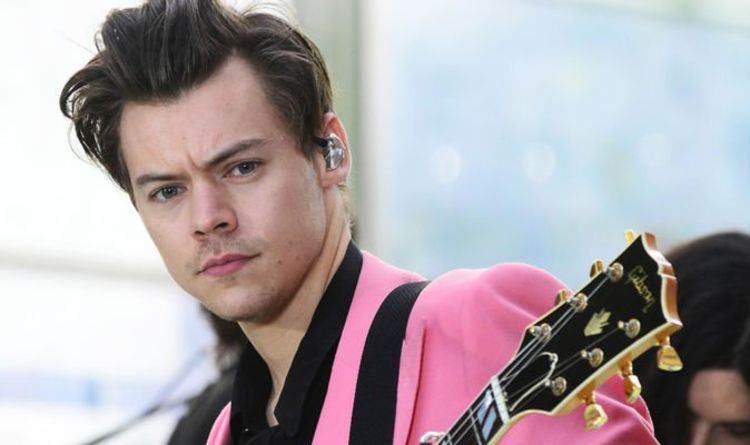 It is no secret that Harry has had an incredible couple of years. At the beginning of lockdown, his summer single Watermelon Sugar became a smash hit that eventually won him a Grammy Award. His sophomore album, Fine Line, also won awards after receiving multi-platinum certification. Author Sean Smith’s new book, Harry Styles: the Making of a Modern Man, takes a close look at the star’s journey from One Direction to the present day, and how special the young singer really is.

Speaking exclusively to Express.co.uk, Sean said: “It’s been quite well documented – the One Direction time – and one of the things that is of most interest to me is the hint, really, that One Direction was all about Harry Styles.”

Harry first joined 1D in 2009 on ITV show X Factor, where he was teamed up alongside Liam Payne, Zayn Malik, Louis Tomlinson and Niall Horan.

The quintet were at the tender ages of 15 and 16 at the time, but that didn’t stop their fame skyrocketing.

The writer of the fascinating and authoritative book explained: “Simon Cowell was very shrewd and thought Harry Styles was too young to be a big star at 16 – but he was nurtured.”

READ MORE: One Direction: Harry Styles ‘wasn’t sure’ how long 1D would last

Sean added that, during the “early days” of One Direction, the popularity of Harry over the rest of the band was palpable.

He said: “If you shut your eyes you knew when Harry Styles was going to sing because the noise levels went up!

“And that was back then right at the very start. And I always had the impression that he moved slightly to the side or above the other members [of 1D] quite quickly.”

One Direction later split officially in 2016, a year after Malik’s controversial exit. Now, at 27-years-old, Harry’s popularity has continued to grow each year.

Just this month Harry made his debut in the Marvel Cinematic Universe movie Eternals.

In the film, Harry played Eros – better known as Starfox – the brother of Thanos.

If the comic books are anything to go by, Harry will likely have a long journey as the Marvel character.

Although the British singer has just taken on this superhero – and has two other upcoming movies Don’t Worry Darling and My Policeman – Sean does not believe he will ever quit this new passion for singing.

Sean said: “I don’t think [Harry] going to leave music behind [for film].

“This is part of Harry Styles as a business. This is just one aspect of his persona going forward.

“I have a feeling he’s going to be very good – but I don’t know if he’s a Marvel hero!”

Buy Harry Styles: the Making of a Modern Man here.

One Direction ‘was all about Harry Styles’