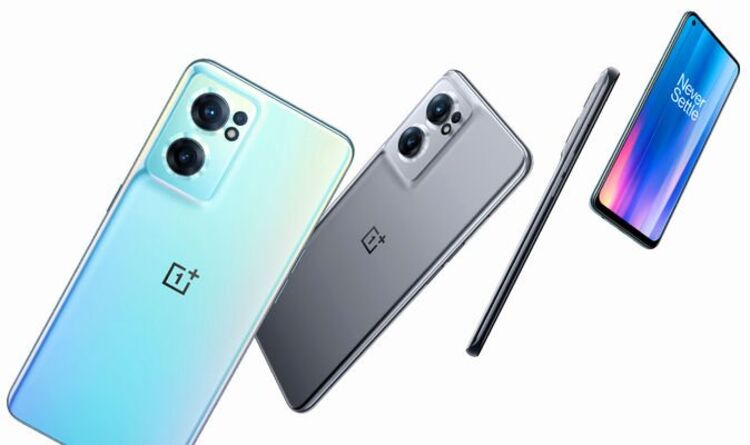 OnePlus is now taking pre-orders for the latest phone in its lineup – the OnePlus Nord CE 2 5G. The all-new handset is the successor to the OnePlus Nord – which saw OnePlus return to its roots with top-tier specs at an aggressively low price tag – and packs a triple camera, support for superfast 5G downloads, and lightning-fast charging that can refill the battery with enough juice to last a day in just 15 minutes. And it starts from £299.

OnePlus Nord CE 2 5G is available in Grey Mirror and Bahama Blue finishes, with 8GB of RAM and 128GB of built-in storage. If that doesn’t sound like enough to store your music library, games and photos – don’t worry. OnePlus has included a microSD slot, which supports cards with up to 1TB of additional storage. That should be more than enough to store your apps, boxsets and movies, and family photos. Under the bonnet, the OnePlus Nord CE 2 5G is powered by a MediaTek Dimensity 900 chipset, which should be fast enough to handle social media, some light photo editing, and more.

The OnePlus Nord CE 2 5G – the “CE” stands for “Core Edition” – is designed to have all of the essential features that matter to most people. There’s no folding screen or headline-grabbing 100x zoom to be found. But instead, there’s a long list of features that will be incredibly useful. As well as the expandable storage, OnePlus has included a 3.5mm headphone port for your wired headphones. There’s also dual-SIM support for frequent fliers, so you can add a local SIM card when travelling to avoid paying exorbitant roaming fees for your mobile data and calls.

OnePlus has also fitted the Nord CE 2 5G with support for Wi-Fi 6, which boasts faster wireless speeds provided that your Wi-Fi router at home supports the latest standard. There’s also a guarantee that OnePlus will keep the Nord CE 2 5G updated with the latest version of Android for the next two years, so you can be sure this £299 handset will get the latest features developed by OnePlus and Google well into 2024. And Nord CE 2 5G will get security features for the next three years, OnePlus has guaranteed.

Despite its £299 price tag, the OnePlus Nord CE 2 5G ships with flagship-level 65W SuperVOOC wired charging. By splitting the 4,500mAh battery into two separate cells, OnePlus is able to recharge the handset at some incredible speeds. It claims that you’ll be able to replenish the battery with enough juice to last a day of usage in just 15 minutes – perfect for those who always forget to plug-in their devices. A full charge – from one to 100 percent – takes just 32 minutes.

OnePlus Nord CE 2 packs a 64-megapixel main camera, which promises to provide good results even in low-light, thanks to the large f/1.7 aperture.

Artificial Intelligence is leveraged to provide features like Nightscape, which ekes out details from the gloom without relying on blinding your subjects with an LED flash – resulting in more natural pictures in the evening. An improved Portrait Mode, which mimics a DSLR by blurring the background behind the subject, is also included.

OnePlus Nord CE 2 will launch in the UK and mainland Europe on March 10, 2022. Pre-orders are available from OnePlus’s own online store (where longtime fans can collect loyalty points for their purchase, which can be redeemed on discounts for accessories and future handsets) or Amazon UK. Amazon Prime members will be able to get next-day delivery at no extra cost.