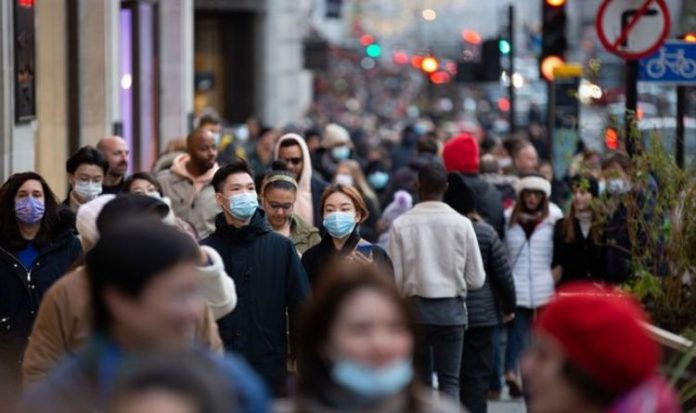 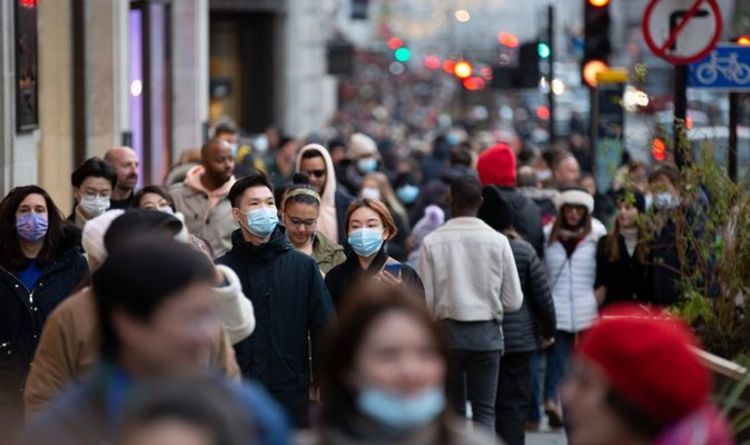 AstraZeneca teams are conducting tests in African hotspots so that the company’s Vaxzevria jab can quickly be tweaked if necessary. The boost from the UK pharma giant came as a third case of the mutant strain was confirmed in Britain. Health Secretary Sajid Javid sought to calm fears yesterday, as mandatory masks are brought back tomorrow on transport and in shops. He said “people should continue as normal” with plans for Christmas. Pupils in Year 7 upwards must wear face coverings in school communal areas, as will staff and visitors.

But AstraZeneca told the Daily Express that work was progressing to ensure its vaccine remains effective against Omicron, in the event of the latest variant becoming dominant in Britain. A spokeswoman at the Cambridge-based company said: “We are looking into B.1.1.529 (Omicron variant) to understand more about it and the impact on the vaccine. AstraZeneca has developed, in close collaboration with Oxford University, a vaccine platform that enables us to respond quickly to new variants.

“AstraZeneca is also already conducting research in locations where the variant has been identified, namely in Botswana and Eswatini, that will enable us to collect real world data of Vaxzevria [the AZ vaccine] against this new virus variant. We are also testing our long-acting antibody combination AZD7442 against this new variant and are hopeful AZD7442 will retain efficacy since it comprises two potent antibodies with different and complementary activities against the virus.”

AstraZeneca said the success of its vaccine remained undiminished. “Vaxzevria has been shown to be effective against all SARS-CoV-2 variants of concern and Covid-19, in both clinical trials in up to 60,000 participants and from real world evidence in hundreds of thousands of people that have been vaccinated in over 170 countries.”

The upbeat message from AstraZeneca came as Dr Paul Burton, chief medical officer at rival US vaccine maker Moderna, admitted that Omicron was “very concerning” and “dangerous”. But he said its jab too would stay effective, adding: “We have many tools.”

Moderna’s virologists are working on a booster to target Omicron and Dr Burton said he was “optimistic” the variant could be tackled successfully. He told the BBC’s Andrew Marr the firm has mobilised hundreds of experts and the extra shot should be ready by early 2022: “We are still trying to work out what is going on with this variant.

“I would say there are three very important questions. Is it more transmissible? The second is, just how severe will the disease be that it can cause? And the third is, will we be able to neutralise it and control it and contain it with the current vaccine?

“I think the answer to that third question we should know in a couple of weeks from laboratory experiments. But is it more transmissible and is it more severe? That’s going to take a little longer for us to work out.” Dr Burton said a worrying 20 mutations meant the variant might be able to defeat current vaccines. Whether a person stayed protected might revolve around how long it had been since their jab or if they had had a booster: “I think this is a very concerning virus. We will have to get the laboratory results.”

But he stressed: “I think we have cause to be hopeful. We have learned a lot.” Dr Burton said Omicron’s severity may not be known until scientists establish how it hits older or more vulnerable people. However Moderna was already working on a booster, he added: “We can move very fast. We’ve learned so much about Covid over the last two years.

“We have very effective vaccines. The message now is if people are on the fence and haven’t been vaccinated, then get vaccinated. Also get boosted. This is a dangerous-looking virus but we have many tools in our armament now to be able to fight it. So I’m optimistic.” UK health chiefs yesterday suggested the build-up of Covid-19 immunity here might help the fight against Omicron.

Prof Gordon Dougan, of the Institute for Therapeutic Immunology and Infectious Disease at the University of Cambridge, said Britain’s high level of immunity, through vaccinations or previous Covid infection, will hopefully be a “cushion” of protection. He doubted if Omicron would be able to get around immunity completely, telling Times Radio: “We’re very lucky in one sense, in that we’ve already built up either natural immunity in those who’ve been infected and we’ve also got vaccine-induced immunity.

“I doubt the variant will escape completely protection – we’ll have to wait and see – but we’ve got that sort of cushion…to give us a little bit more confidence.” Meanwhile, the South African doctor who discovered the variant told how she came across the first case.

Dr Angelique Coetzee, chairwoman of the South African Medical Association, said: “Round about November 18 I all of a sudden encountered unusual symptoms. “It actually started with a male patient round about the age of 31. He said he had been extremely tired for the past two days and had body aches and pains with a bit of a headache. Not really a sore throat, more a scratchy type of description and no cough and no loss of smell or taste.”

A rapid test was positive, as were checks on his family who had very mild symptoms. But Dr Coetzee kept seeing patients with the same symptoms that day. They all tested positive so she alerted medical authorities, saying: “Listen, something is wrong. I have seen something that isn’t Delta [strain]”. Tests showed she had found a fresh variant, later labelled Omicron, prompting South African authorities to alert their colleagues around the world.