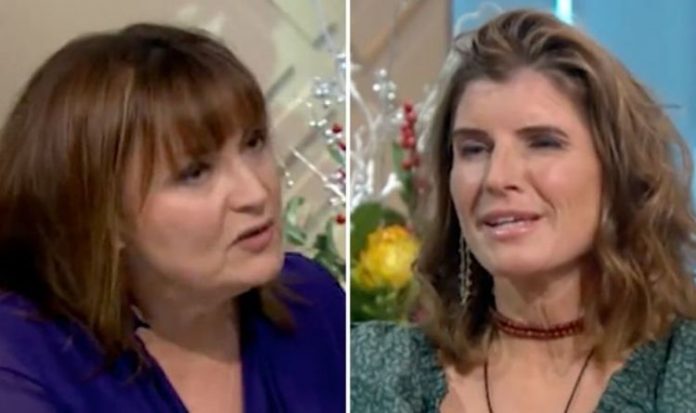 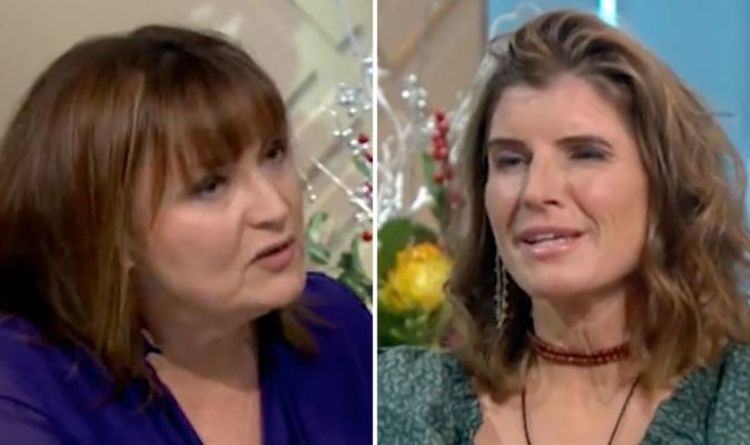 The Huddersfield-born presenter, who is well known for her hit Channel 5 show Our Yorkshire Farm, joined host Lorraine Kelly to discuss her latest TV ventures. After her appearance on the BBC Four’s Winter Walks programme, the Yorkshire Shepherdess explored the hills and fields of Wensleydale and Raydale with solely a 360-degree camera for company. While managing to schedule interviews, the TV star has to run over 2,000 acres of land, 1,000 sheep, 40 cows, six dogs and four ponies to look after as well as her nine children. During Monday’s episode on the ITV talk show, Amanda opened up on the difficulties she faced on the Ravenseat Farm and claimed: “We’re pretty resilient.”

Lorraine told her Yorkshire guest: “The [Our Yorkshire Farm] show is lovely.

“And people [who watch the show] have got this thing of [feeling] that they feel they know you.” She continued.

The host added: “And they’ve got to know the children and the animals as well, of course.”

“How do you deal with that?” Lorraine wondered.

The much-loved writer replied: “Well, it is. You have your quite difficult moments but you have to take the rough with the smooth.”

“And I mean, we’ve just talked about how you weather a storm.” Amanda continued.

Due to the impact of Storm Arwen, Amanda and her family were forced to live in “sub-zero temperatures” after they were left with no electricity for days.

In light of the ordeal, the mother-of-nine said: “So, we’re pretty resilient in the hills.

She concluded: “The bottom line is if you’re proud of what you’re doing, you have to shoulder it, so that is exactly what we do [as a family].”

“Yeah, and just get on with it.” Lorraine chipped in.

The Winter Walks star told her ITV host: “In other words, get on with it. Ignore it.”

The 62-year-old journalist told viewers at home: “Getting on with it is a good thing” before she confessed, “not always”.

“It depends [on] how you’re doing.” The TV star added.

Lorraine airs every weekday at 9am