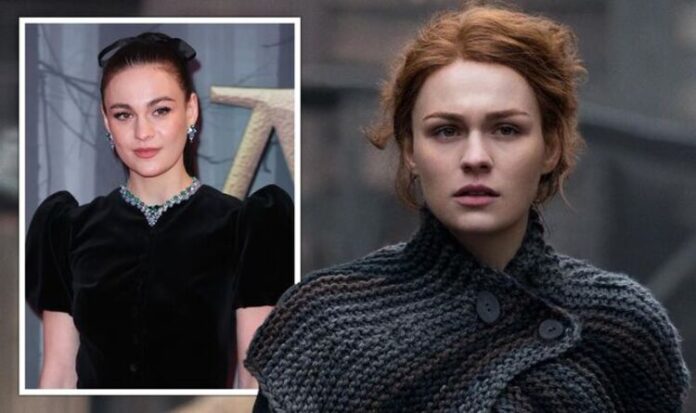 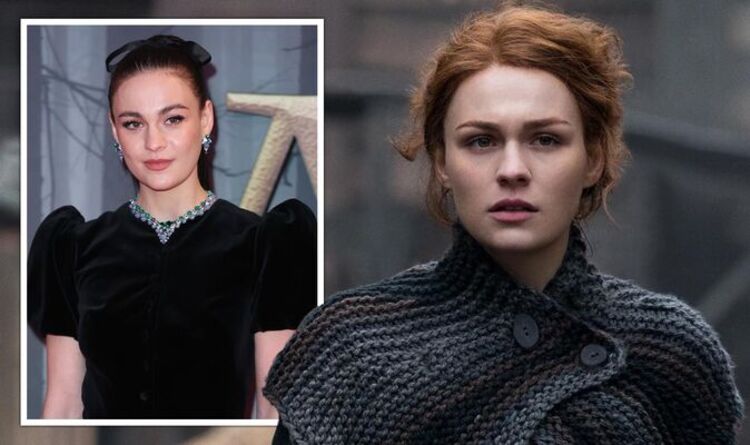 Droughtlander comes to an end in a week’s time when season six of Outlander hits Starz since series five came to an end in early 2020. Jamie Fraser (played by Sam Heughan), his wife Claire (Caitriona Balfe) and their daughter Brianna (Sophie Skelton) will be back on the Ridge preparing for the American Revolutionary War and dealing with the aftermath of Claire’s attack. Looking ahead to the new series, Express.co.uk caught up with Sophie who spoke about what it was like returning to set after the coronavirus pandemic halted filming.

Fans last saw Sophie’s character Brianna and her husband Roger (Richard Rankin) make a home on Fraser’s Ridge after a failed attempt to return to their own time.

The couple and their son Jemmy realised Fraser’s Ridge was where their heart, and true home, was.

Season six will see the couple work out how they can help their fellow settlers and create a safe environment for Jemmy to grow up in.

Brianna will also be on hand to help her mother deal with her PTSD after she was attacked by Lionel Brown (Ned Dennehy) and his men in the season five finale.

It was almost a year after season five ended that the cast returned to the Outlander set in Scotland to resume filming, meaning fans have endured one of the longest Droughtlanders in the show’s history.

Speaking to Express.co.uk, Sophie apologised for the length of time viewers have had to wait: “Well firstly, we’re sorry it has been a horribly long Droughtlander.

“But getting back on set was great, we’ve all been working together for so long now and as you can see from the trailer, there’s new faces this season but just like the rest of the world just seeing family and friends, we were lucky it happened earlier than most.”

“We got very lucky to be at work and just to be outside in a time where England was allowed an hour walk outside a day.

“We got to film on location, even if it was raining and cold and brutal weather, we felt very very lucky to get out the house and do our jobs so it was great.”

Meanwhile, attending the season six premiere in London, Sophie shared more details about what Brianna will face in the new series.

“She’s like the female Jamie Fraser, I always think of Brianna as Scottish, she’s at one with the highlands and it really is her home,” the actress remarked. “It’s fun to play that.”

Touching on Brianna’s journey, she teased: “Actually this season is where we see Brianna at her most settled.

“She’s always got drama going on in her life but this time she’s like the calm around the chaos.

“She is the one everyone else goes to. She’s the rock this season. It’s the most settled, calm version of her we’ve ever seen.”

Outlander season 6 is available to stream on March 6 on Starz in the US and Starzplay in the UK.