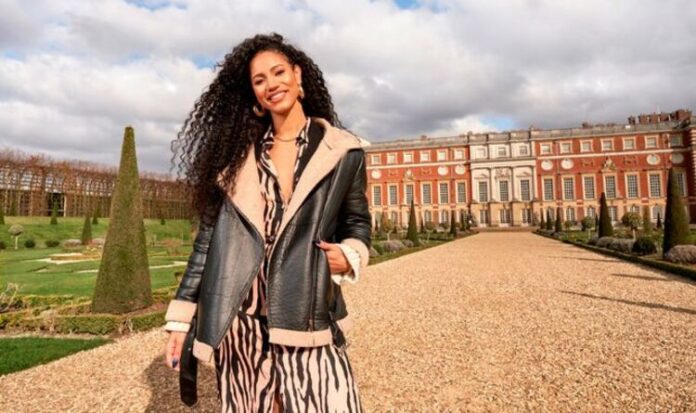 Almost half have aspired to visit filming locations in person since seeing them on the big and little screens when they were in their teens or younger.

But 61 percent still have places they hope to visit, with Causeway Coast in Northern Ireland – seen in Game of Thrones – number one on their wish list.

Other places include the Eden Project in Cornwall (Die Another Day), and London’s Hampton Court Palace (Bridgerton).

The National Lottery commissioned the study ahead of its annual “Open Week” initiative – which offers free or discounted entry to various UK attractions, including many seen on screen.

More than a third have ventured to filming locations in the hope of experiencing “the magic of TV”, while three in ten want to feel closer to their favourite characters.

And four in ten of those who have visited locations featured in movies and television, have done so to get insider knowledge on a show or film.

As a result, “The Insider’s Guide to The National Lottery Open Week” has been developed – which includes details of movie and TV locations, and more.

TV presenter Vick Hope has had a sneak preview of one of the places featured in the guide – London’s Hampton Court Palace, learning more about the Bridgerton filming location from Historic Royal Palaces team member, Rosie Holmes.

Vick Hope said: “As a huge TV fan, exploring the impressive Hampton Court Palace that features in the opening scenes of Bridgeton was a great experience.”

Among those polled, over half (58 percent) said a place is more appealing if it has made it to screen.

As a result, 46 percent would happily travel long distances within the UK just to see attractions or locations which have appeared in favourite shows and movies.

Darren Henley OBE, chief executive of Arts Council England, and chair of the National Lottery Forum, said: “Television and cinema are an integral part of UK culture, providing us with wonderful memories.

“Trips to these sites are pilgrimages that help bring favourite shows and films to life.

“The National Lottery Open Week is a great opportunity for people to explore some of them – including The Eden Project, Hampton Court Palace and the Black Country Living Museum.

“Alongside hundreds of other venues and attractions, they’ll be offering National Lottery players free entry and special offers to say thank you for the £30m they raise for good causes each week.”

The study, carried out through OnePoll, also found over three-quarters (79 percent) said travelling the UK to see places they haven’t seen before is among their favourite things to do.

Aside from visiting filming locations, motivations for visiting particular areas of the country include exploring wildlife, learning something new, being inspired by history, and being dog friendly.

During their visits, more than half of adults also said they turn to venue experts for insider knowledge, with 66 percent keen to then tell others about what they learn.