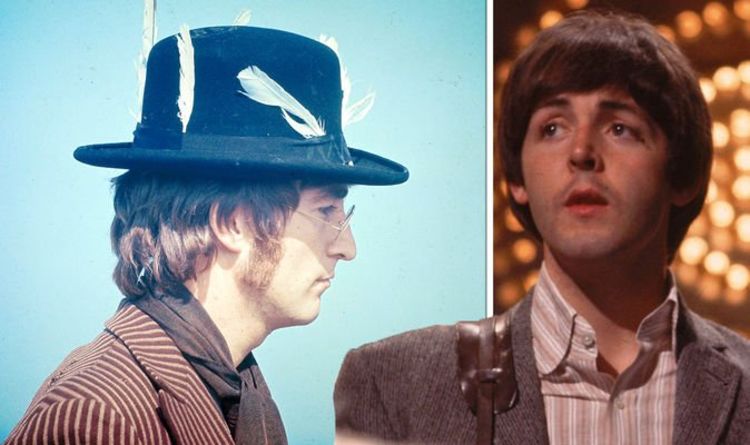 On this day, December 8, 1980, John Lennon was assassinated, aged just 40-years-old. The star’s brutal murder has gone down in music history as one of the most horrific events ever. Although Lennon’s death was a devastating time for his fans, those closest to him were the most affected, including the members of The Beatles.

Decades after Lennon’s death his bandmate, Paul McCartney, opened up about their final interaction.

The Lennon-McCartney songwriting partnership is responsible for producing some of the best-known songs of all time, including Yesterday, Hey Jude, Eight Days a Week, Eleanor Rigby, and countless others.

The pair grew up together in Liverpool, UK, in the 1950s and ventured to Hamburg, Germany together in The Beatles. Eventually, they took on the world alongside George Harrison and Ringo Starr.

But their final conversation before Lennon died? It was about baking.

McCartney told Howard Stern on Sirius XM: “I ring John and I was making bread and got quite good at it. So when I heard John was doing it, it was great.”

McCartney went on: “We could just talk about something so ordinary. There’s no threat or anything. It was just two guys talking about: ‘Well, I don’t know. Do you leave it overnight or what do you do?’ And someone says: ‘Yeah, I leave it overnight in a hot cupboard’ and you’d just be chatting.” Although the conversation wasn’t exactly thrilling, McCartney wouldn’t change a thing about it. He added: “It was really nice and I was so glad that we got back to that relationship that we’d always had when we were kids.”

McCartney years later explained: “We heard the news that morning and, strangely enough, all of us… the three Beatles, friends of John’s… all of us reacted in the same way. Separately. Everyone just went to work that day. All of us. Nobody could stay home with that news. We all had to go to work and be with people we knew. Couldn’t bear it. We just had to keep going.

“So I went in and did a day’s work in a kind of shock. And as I was coming out of the studio later, there was a reporter, and as we were driving away, he just stuck the microphone in the window and shouted: ‘What do you think about John’s death?’ I had just finished a whole day in shock and I said: ‘It’s a drag.’

McCartney recently held an interview while promoting his new book, The Lyrics: 1956 to the Present, where he opened up about missing Lennon to this day.

He said he had never just told Lennon he loved him. “As 16-year-old, 17-year-old Liverpool kids, you could never say that. It just wasn’t done.

“So I never did just say: ‘John, love you man.’ I never got round to it. Now it’s great just to realise how much I love this man.”