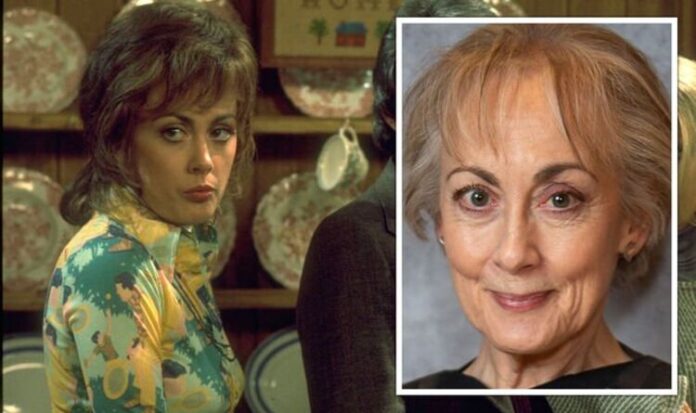 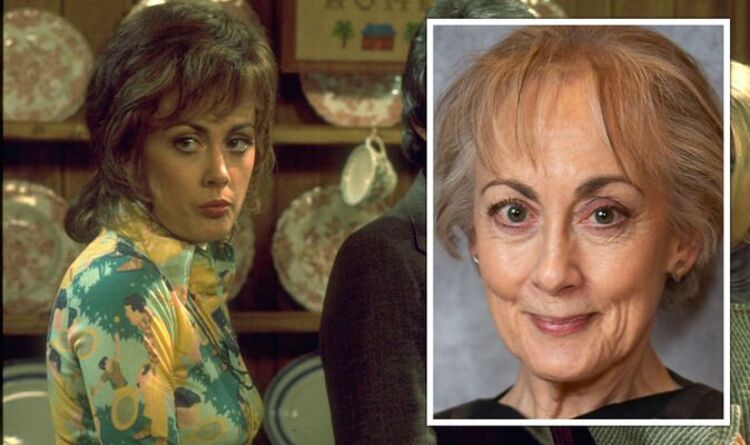 Paula, 72, appears on ITV this morning for a new episode of ‘Love Your Weekend with Alan Titchmarsh’. The nation’s favourite gardener welcomes celebrities to Manor Farm for his weekly chat show, which focuses on British products and crafts. Paula joins Alan to lift the lid on her experiences on ‘Coronation Street’ and what is next on the cobbles for her character Elaine Jones.

Kate Garraway, the presenter of ITV’s ‘Good Morning Britain’, also talks about the power of nature.

The ‘Love Your Weekend’ guests will receive a masterclass in horse care and how to apply horseshoes.

Meanwhile, wine expert Aleesha Hansel will delight viewers with some of her top picks for wines to enjoy this spring.

While Paula is known to ‘Coronation Street’ fans as Elaine Jones, the mother of Tim Metcalfe, her acting career stretches back more than 50 years.

The Manchester-born star gained major recognition for her role as Chrissy Plummer in Seventies sitcom ‘Man About the House’.

JUST IN: Tessa Peake-Jones husband: Who is the Grantchester star married to?

Paula opened up about her enduring fame from the classic series in an interview with Woman’s Weekly magazine last month, revealing her blunt response to taxi drivers who tell her they “fell in love” with her.

She said: “I definitely still get recognised from ‘Man About the House’.

“I get taxi drivers saying they used to be in love with me, and I say, ‘What do you mean, used to be?’”

‘Man About the House’ centred on the story of a man sharing a London flat with two single women.

Created by Brian Cooke and Johnnie Mortimer, the show’s cast included Richard O’Sullivan and Sally Thomsett, as well as Paula.

Paula’s character Elaine arrived on Coronation Street in 2020 after a 50-year hiatus from the popular soap.

The actress’s return to Weatherfield was as the ex-wife of Geoff Metcalfe, the abusive husband of Yasmeen and father of Tim.

However, Paula previously had another role on Corrie, as she first appeared on the show in 1969.

Her original role was as Janice Langton, the sister of Deirdre Barlow’s first husband Ray Langton.

Despite her long absence from the programme, Paula said that in some ways it remains very similar today to how it was back in the Sixties.

She said: “It’s so different and yet so much the same.

“There are lots of really good actors, but we’re at MediaCityUK now in this brand-new studio.”

‘Love Your Weekend with Alan Titchmarsh’ airs on ITV today from 10am-11:55am.