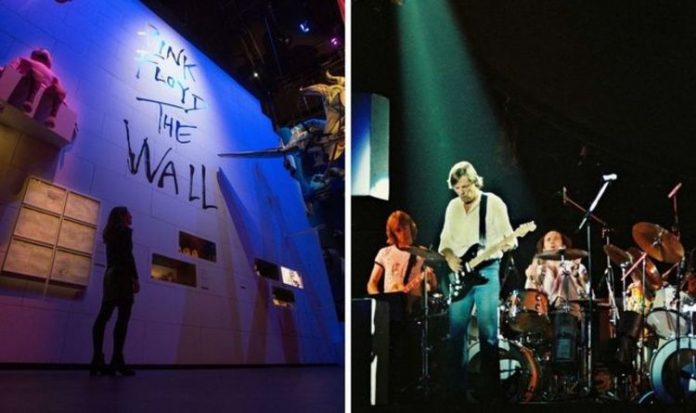 Pink Floyd The Wall: What is the story behind The Wall by Pink Floyd? 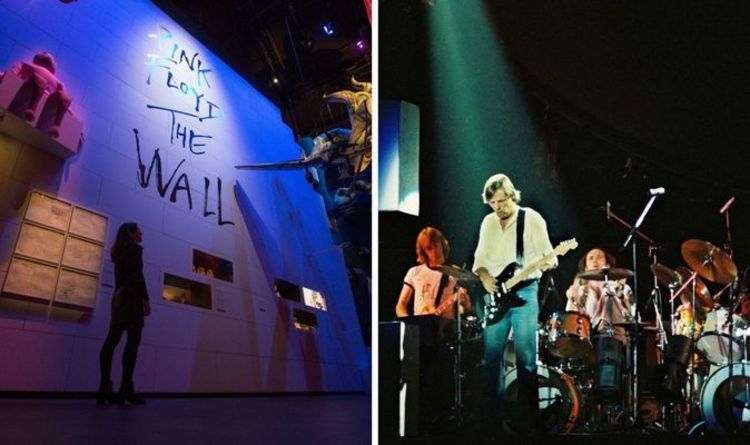 Pink Floyd’s The Wall may not be their most famous album, but is one which became hugely important in their repertoire. The concept was created by Roger Waters, and features a rock opera story about an isolated rock star, Pink. The album was hugely influential and important for other artists – but what is the story behind it?

When The Wall was conceived, Pink Floyd was not in a good way.

According to Gerald Scarfe’s The Making of Pink Floyd: The Wall, the band’s bass player Roger Waters had become increasingly disillusioned with fame and fortune throughout the In the Flesh tour which preceded the album.

In the book, an incident is recorded where Waters reportedly spat on an audience member at a gig after becoming infuriated with them.

After many gigs, Waters felt isolated from his bandmates as well as the audience, and soon this was channelled into the album.

The concept was chosen, after which work began due to the band’s sudden need of financing, so work on the album began.

However, as relationships in the group were fragile anyway, the fragility continued during the recording process.

According to Roger Waters, the other members of the band were not involved in the writing, leading the endeavour to be entirely his own.

He told Rolling Stone: “There wasn’t any room for anyone else to be writing..

“If there were chord sequences there, I would always use them. There was no point in Gilmour, Mason or Wright trying to write lyrics.

“Because they’ll never be as good as mine. Gilmour’s lyrics are very third-rate. They always will be.

“And in comparison with what I do, I’m sure he’d agree. He’s just not as good. I didn’t play the guitar solos; he didn’t write any lyrics.”

This attitude was likely an issue for David Gilmour, the band’s guitarist and singer, who in the same interview spoke of how he agreed a great deal on the content of The Wall.

He said: “I don’t think any of us differed all the way through on the subjects Roger approached.

“We were pretty much of a like mind. On The Wall, although I didn’t agree with that part of the concept – the wall between us and the audience – I still thought it was a good subject to do.”

The band’s producer on the album, Bob Ezrin, commented on Waters’ “cruelty” to keyboardist Rick Wright, who Waters dismissed during the making of The Wall.

Despite these comments, The Wall is considered one of the best albums from the band, and was later made into a film in 1982.

What is The Wall about?

The Wall is a rock opera following Pink, a rockstar who builds a wall around him through various traumas, including losing his father in World War II, dealing with abusive teachers and struggling with his mother.

As he becomes famous he struggles in his personal life, cheating on his wife and becoming obsessed with drums, while also being forced to perform and continue to play.

Eventually, he begs for the wall to be thrown down and he starts over, only for the cyclical nature of life to mean he continues in the cycle.

It is thought the character of Pink is based on both Waters himself and Syd Barrett, the original singer in Pink Floyd whose mental health struggles meant he had to leave the band, and was both aided and replaced by Gilmour.

Elvis Presley early days: The King was rejected by every record...