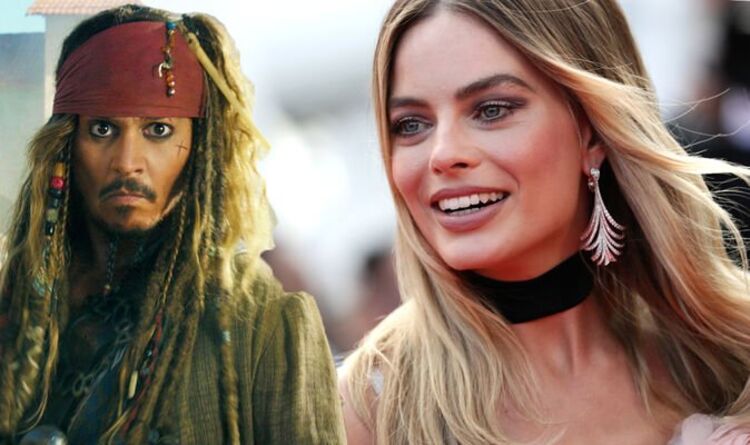 Fans of Pirates of the Caribbean have been yearning for another film in the franchise since the fifth movie hit cinemas. Pirates of the Caribbean: Salazar’s Revenge came out in 2017 and marked the last time viewers saw Johnny Depp as the antihero Captain Jack Sparrow. The future of the series has been teased since then, but a release date continues to elude fans.

In recent years Depp has been axed from the franchise. The star’s exit followed an ongoing court case he had with his ex-wife, Amber Heard, over “wife-beater” claims made about him. The actor has since also been axed from the Harry Potter spin-off series, Fantastic Beasts, as well because of these claims.

In lieu of Depp’s return as Jack Sparrow, a Hollywood actress has been revealed as the next star of the Pirates of the Caribbean franchise.

Margot Robbie announced in 2020 that she will be involved in the upcoming Pirates of the Caribbean 6. But Robbie’s involvement may be the cause of a delay that could be incoming at any point.

In recent weeks a number of casting announcements have been made for the upcoming Barbie movie.

The film, based on the doll of the same name, stars Robbie as the titular character, alongside Ryan Gosling, Simu Liu and America Ferrera.

With the more time that passes, Depp’s chances of returning to the series in the future improve. But, for now, there has been little word about the star’s comeback.

In the meantime, Robbie has confirmed her Pirates of the Caribbean film will include “lots of girl power”.

Robbie added: “I’m not a producer on Pirates, so I’ll sit back and kind of wait for the process. We’re really, really excited at the prospect of adding obviously a very key female element to that world.”

Her comments follow those made by Pirates boss Jerry Bruckheimer who teased the end of Depp’s journey in the franchise. He explained: “We’re working on a draft right now and hopefully we’ll get it shortly and give it to Disney and hopefully they’ll like it. We don’t know. We’ve been working on it for a little bit… The one we’re developing right now, we’re not sure quite what Johnny’s role is going to be. So, we’re going to have to see.”

The Pirates of the Caribbean franchise is available on Disney Plus now.

Pirates of the Caribbean 6 risks delay after Johnny Depp exit