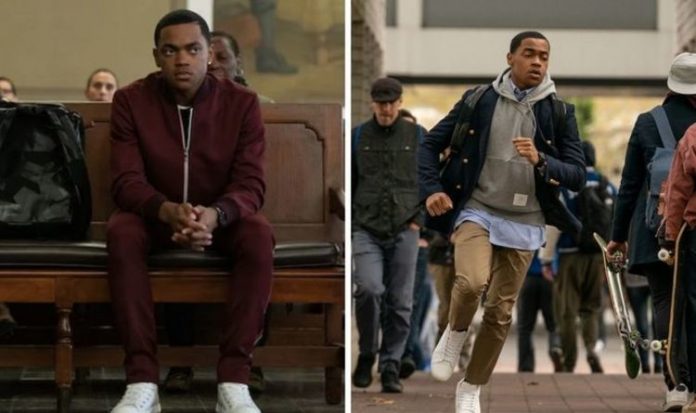 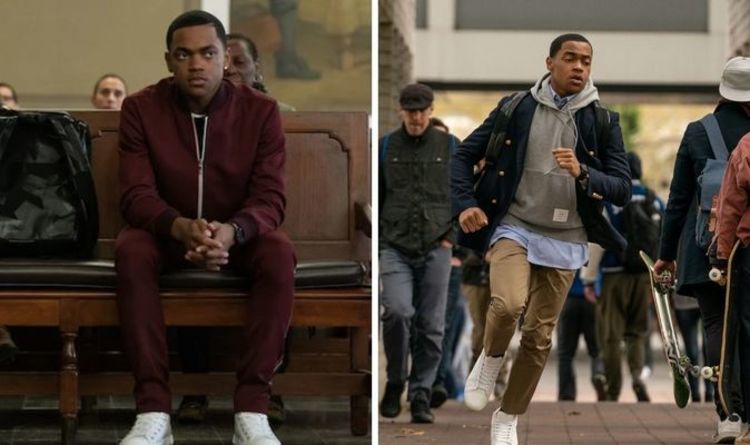 Tariq St Patrick (played by Michael Rainey Jr) returned to screens with the second instalment of his hit spin-off series, Power Book II: Ghost. After the finale ended with him committing another murder fans were left frustrated at the teenager after the premiere aired.

In the shocking season finale, Tariq murdered his professor Jabari Reynolds (Justin McManus) after he found out the truth about his involvement with the Tejadas.

Thankfully, the premiere picked up right where it left off and students, other professors and eventually the police were notified about Jabari’s mysterious disappearance.

After his corpse was found, a team of police led by Detective Kevin Whitman (Jeff Hephner) began snooping around Stanfield university in hopes of finding the culprit.

However, things took a nail-biting turn when cops were able to locate Tariq’s burner phone at the university after he mistakenly answered their call.

READ MORE: What happened to Raven Owen from Our Yorkshire Farm?

Fans were infuriated with the teenager, as he had battled with the idea of disposing of the phone throughout the episode.

However, as it was the only way for his mother to communicate with him after she went into witness protection, he decided against throwing it away in hopes that she would call.

Tariq even had flashbacks of his mother Tasha St Patrick (Naturi Naughton) and visions of her yelling whenever he got close to destroying the phone.

As he answered the call, the phone pinged at Stanfield, which meant the investigation of Jabari’s murder would be focused at the university and ultimately closer to Tariq who was living and studying there.

Tariq had turned on the burner phone to see if Tasha had tried to contact him when he received an incoming call with an unknown number.

Thankfully, he didn’t say anything while the officer identified himself and asked: “This is Detective Kevin Whitman, NYPD, who’s this?”

Upon realisation, Tariq hung up and took the phone apart, however, it was too late as Kevin stated they would focus the investigation at the university after the call was tracked there.

The episode ended with Tariq visibly stressed as this meant he had yet another thing to deal with, as well as selling drugs while maintaining his image as an ordinary and innocent student.

The episode also hinted at his grandmother Estelle Green (Debbi Morgan) having trouble with her memory which put Tariq’s younger sister Yaz (Paris Morgan) in the care of the Child Protection Services.

Knowing his sister’s safety was at risk, Tariq was desperate to get in touch with his mother and even contacted her defence lawyer Davis MacLean (Method Man).

However, he was unable to reveal Tasha’s location or contact details as she was in witness protection and the call he thought was her, landed him in even more trouble.

Fans will have to stay tuned to find out how Tariq will get himself out of this mess.

Power Book 2 season 2 is available to stream on StarzPlay.