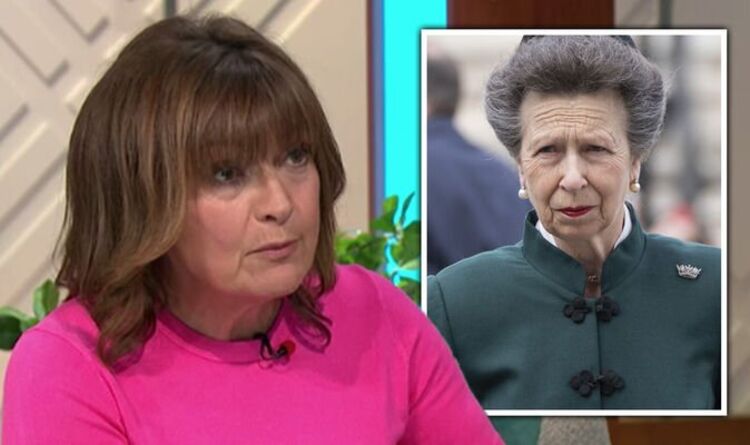 Royal expert Russell Myers joined Lorraine Kelly on Wednesday morning as the pair discussed Prince Philip’s memorial service held at Westminster Abbey on Tuesday. The Queen was accompanied and assisted by the Duke of York but the ITV presenter questioned why Princess Anne wasn’t picked for that role instead.

Lorraine commented: “It’s his father and nobody is saying he shouldn’t be there but she’s got two other sons and also she has a daughter.

“I think it would have been rather lovely if Princess Anne, Princess Royal came down with her.”

“I totally agree with you,” Russell remarked. “Why wasn’t that part of the course that Princess Anne didn’t walk her in?

“There had been Operation Abbey they dubbed it so the Queen didn’t have to walk up Westminster Abbey the long gangway, coming in at the side entrance, she didn’t have a long way to walk to get to her seat.”