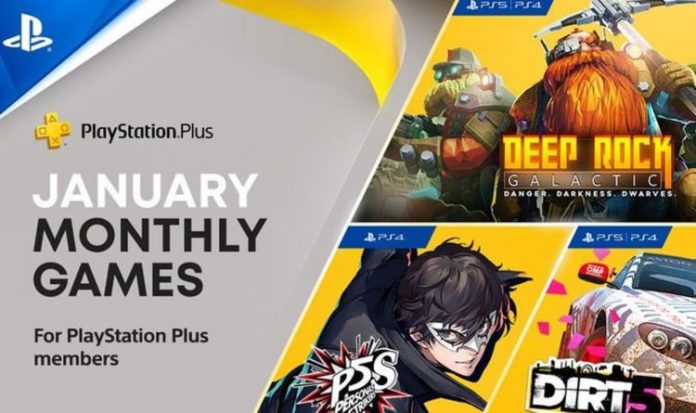 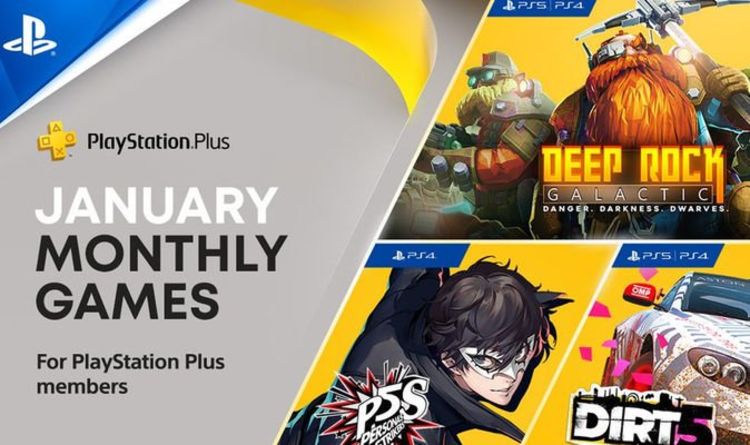 PlayStation Now is losing some great games next month, and fans are curious to find out if Sony has any big plans to replace them.

January’s PS Plus free games have already been confirmed to include a day one launch in Deep Rock Galactic, which will launch alongside Dirt 5 and Persona 5 Strikers.

And with both Deep Rock and Dirt 5 listed as for PS4 and PS5, that should mean next-gen gamers are getting two titles with boosted performance.

More details on each game can be found below as part of the official lineup from Sony:

Jump into the stylish world of Persona in an all-new story featuring the Phantom Thieves as they embark on an epic road trip across Japan. A summer vacation with close friends takes a sudden turn as a distorted reality emerges, thrusting you into an epic tale as you strike back against the corruption overtaking cities. Dynamically control your team during explosive action combat as you reveal the truth and redeem the hearts of those imprisoned at the centre of the crisis.

Deep Rock Galactic is a 1-4 player* co-op FPS featuring badass space Dwarves, 100% destructible environments, procedurally-generated caves, and endless hordes of alien monsters. Work together as a team to dig, explore, and fight your way through a massive cave system filled with hordes of deadly enemies and valuable resources. You will need to rely on your teammates if you want to survive the most hostile cave systems in the galaxy.

The big question for many subscribers is whether Sony has anything big planned for PlayStation Now during January 2022? We already know that The Last of Us Part 2 and Nioh 2 are both leaving the service, meaning there are going to be some big holes to fill in the current library.

The good news is that the wait is almost over, and we should find out about the full lineup on Monday, January 3. This will include at least one indie game, and a few others sprinkled in, depending on how many are leaving.

And we already know that Sony is planning on adding a new Final Fantasy game to its PlayStation Now library. Final Fantasy XII, The Zodiac Age, is the last FF title added to the service, following the release of four others earlier in 2021.

The Zodiac Age will make its debut on January 4, with the official description from Sony adding: “Enter an era of war within the world of Ivalice. The small kingdom of Dalmasca, conquered by the Archadian Empire, is left in ruin and uncertainty.

“Princess Ashe, the one and only heir to the throne, devotes herself to the resistance to liberate her country.

“Vaan, a young man who lost his family in the war, dreams of flying freely in the skies. In a fight for freedom and fallen royalty, join these unlikely allies and their companions as they embark on a heroic adventure to free their homeland.”