Sony has a very busy schedule planned for next month, and this will include new PS4 free games for PS Plus and PlayStation Now. PS Plus November 2020 will include a new lineup of titles for everyone to enjoy, including those buying a PS4 console. As you might expect, the successful launch of the PlayStation 5 will be the primary concern of Sony next month.

And the good news is that a special PS Plus Collection will be available to those who own a subscription, and a PS5 console.

The PlayStation Plus Collection contains some of the biggest and best PS4 games, including The Last of Us Remastered, Ratchet and Clank, Infamous, Uncharted 4, Bloodborne and God of War.

Enjoy a selection of genre-defying PS4 games,” reads the Sony description. “Access the entire collection on your PS5 at launch. Simply download games and start playing.”

It’s not as big as the Xbox Game Pass library or the PlayStation Now vault, but it’s an excellent way to get your next-gen plans started.

While the PS Plus Collection is the only significant change confirmed for next month, Sony could have other plans.

There was one time when PlayStation Plus subscribers could grab a number of titles, including from PS4, PS3 and PS Vita.

While this has been phased out, there should come a time when Sony will offer free PS4 and PS5 games.

Four free games a month sounds like a great upgrade and will make it easier to sell the PlayStation 5.

But there’s been no confirmation on when this might happen, or if this will be part of a bigger revamp.

Sony could share more news in the coming weeks, and we know an official announcement regarding PS Plus on PS4 is coming soon.

It won’t be long before we find out what new PS4 games will be replaced in November as part of the usual launch schedule.

The last Wednesday of the month should be when we find out what new PS4 games are being added to the PS Plus lineup.

So it will be worth keeping an eye out for that big PlayStation around October 28, 2020.

Life is Strange developer Dontnod Entertainment challenges you to embrace the darkness with this 1918-set, third-person action RPG with deep narrative choices. Play a doctor turned vampire ghosting through a London gripped by violence and fear. Use your supernatural abilities, as well as man-made tools and weapons to fight or flee the forces of evil and vampire hunters. Save the city’s populace or feed on them to become stronger, but giving in to your bloodlust can have grave consequences 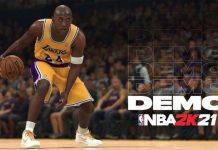 Michael Jackson: ‘I’m not an animal!’ Star LASHED OUT at ‘Wacko...