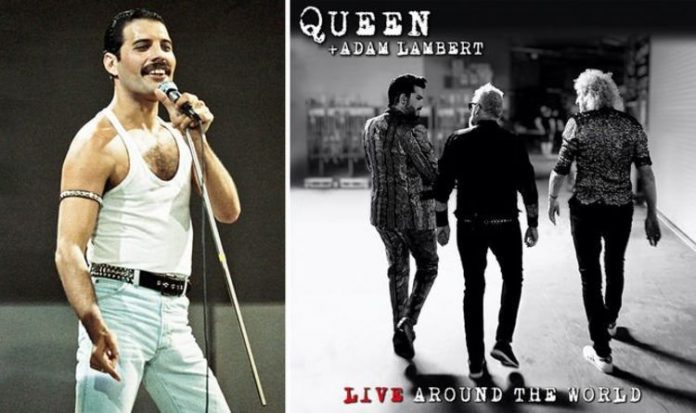 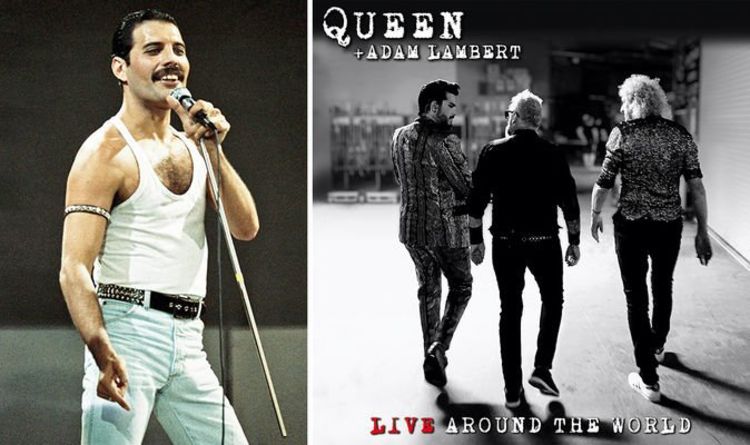 Queen and Adam Lambert have been performing and touring together for over a decade. And now, after calls from many fans over the years, Brian May, Roger Taylor and the singer are finally releasing an album together. Not a studio album, but a live record of some of their greatest concert performances of the last decade and ones that honour Freddie Mercury himself.

After a stunning tour across Asia and Oceania in the first couple of months of the year, Queen and Adam Lambert were set to perform across the UK and Europe this summer.

However, the coronavirus pandemic sadly saw all those dates, including a 10-day residency at London’s The O2, postponed to 2021.

Stuck in lockdown with the rest of us, May and Taylor kept fans entertained with a series of guitar micro-concerts and beginner’s drum lessons via their Instagram accounts.

But then the band had an idea to record their first charity single remotely between London, Cornwall and Los Angeles; on their mobile phones no less.

The result was You Are The Champions, which saw all proceeds going towards Covid-19 Solidarity Response Fund for The World Health Organisation.

Queen and Adam Lambert then followed this up with an hour-long Tour Watch Party, featuring live highlights to keep fans entertaining while the band can’t perform live.

Then, after Taylor exclusively revealed to Express.co.uk that the band were planning a live album following the Watch Party’s success, they actually went and did it with May saying how now is “the perfect time”.

Which it really is considering just how wonderfully upbeat and joyous the resulting Queen and Adam Lambert live album Live Around The World is.

The live album begins spectacularly with a 2018 London performance of it Tear It Up. Lambert gears up the audience by shouting “Are you ready?” before the bombastic track (and album) blast off.

May and Taylor, both pushing 70-years-old when they played this concert, hold nothing back on the guitar and drums before the band power on through other big hitters from Another One Bites The Dust to Don’t Stop Me Now.

While the Blu-ray and DVD versions of the album feature a visual performance of Fat Bottomed Girls in Texas that included the Dallas Cowboys Cheerleaders dancing in unison.

After an electric start, the album pays wonderful homage to the late Freddie Mercury halfway through the record, as Lambert – whose vocals are outstanding throughout – sings the star’s solo track I Was Born To Love You for the first time at Summer Sonic, Tokyo, Japan.

Then, a few tracks later we’re treated to The Show Must Go On, the final track of 1991 Queen album Innuendo, which Freddie sadly never had the opportunity to sing live.

Another highlight is Brian May’s acoustic rendition of Love Of My Life, which sees a recording of the late Queen singer join in halfway through as fans singalong.

There’s also a particularly touching recording of Who Wants To Live Forever, performed at Isle of Wight Festival in 2016. Fans can hear Lambert dedicating the rendition to those murdered in the Orlando nightclub shooting, before singing his heart out for the victims.

Live Around The World then concludes gloriously with a full six-song set at Firefight Australia in Sydney, which took place earlier this year. This was the exact same set that Queen performed with Freddie Mercury at Live Aid back in 1985.

Queen and Adam Lambert kicked off this charity gig with Bohemian Rhapsody and Radio Ga Ga before another Freddie Mercury tribute arrives.

This was when fans chanted along to the Queen singer’s iconic Ay Ohs, just as they did at Live Aid.

The album then concludes, as is just right, with We Will Rock You and We Are The Champions, summing up a live album that is just the kind of positivity and musical antidote to the lockdown blues that the world needs right now.

Queen and Adam Lambert’s Live Around The World is released on October 2, 2020.