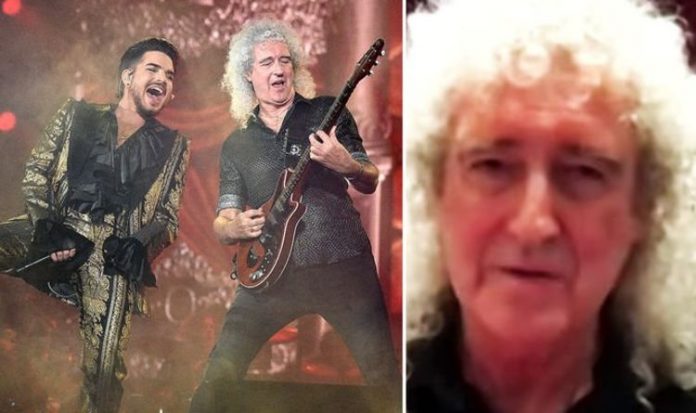 Queen and Adam Lambert: Brian May ‘Not touring very HARD, like having a body part cut off’ 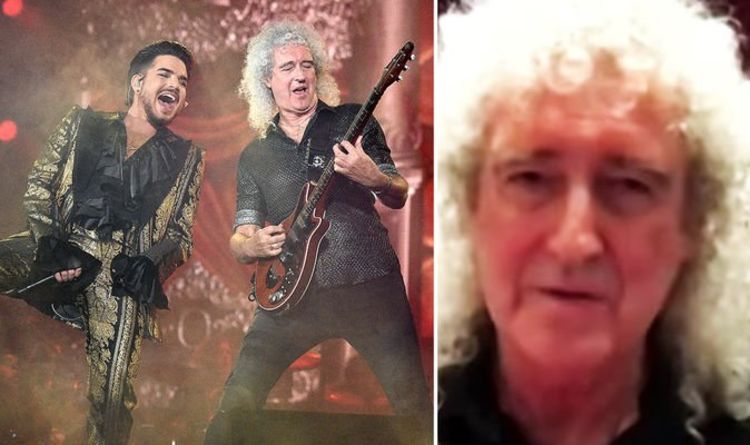 Following a sensational tour across Asia and Oceania in January and February, Queen and Adam Lambert were set to perform across the UK and Europe this summer. However, the pandemic has seen those concert dates postponed to 2021. Speaking with GMB this morning, Brian May shared how hard it’s been on him and Queen’s roadies.

May said: “The industry which surrounds our industry is the hardest hit.

“All these people who make stages and do sound, lights and everything are in a terrible state because they don’t get any support and really they’re all giving up.

“So when everything does get back to normal, assuming it does, it’s going to be very hard for the industry to come back together.”

The 73-year-old admitted Queen and Adam Lambert can survive by recording, but would really love to be out on stage again.

READ MORE: Freddie Mercury ‘would be touring if alive today’ affirms Brian May

The rock star said the band hope they can fulfil all the commitments that have been carried over to 2021.

May added: “It’s incredible to me that half a million people are hanging on to their tickets hoping that this will happen, same as we are. So I’m hoping we can do all those European dates, come back and do our 10 nights at the O2; it’s all be packed out and everything will be fabulous.

“I think we all think there will be compromises to be made and we’ll have to figure out how that works out.

“I really don’t know. If they tell us we can’t fill those arenas, I personally don’t know what will happen. So we’ll have to see.”

In the meantime, Queen and Adam Lambert have had a UK No 1 will their new live album Live Around The World.

Additionally, May has teamed up with West End singers supergroup WOMAN, for charity single I’m A Woman.

Joined by some We Will Rock You musical alumni like Kerry Ellis and Mazz Murray, the proceeds go towards two leading women’s cancer charities, Target Ovarian Cancer and The Caron Keating Foundation.

I’m A Woman’s inspiration was to create something special in the memory of Rebekah Gibbs, a fellow West End star like the singers in WOMAN. She became a household name in TV soap Casualty before being diagnosed with Grade 3 breast cancer in 2009, and tragically died in 2014.