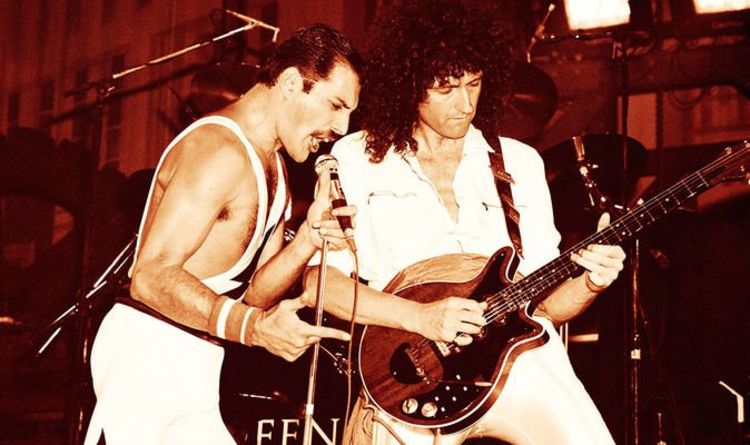 Queen and Adam Lambert: Brian May on his ‘OBSESSION’ with Freddie Mercury solo track

The 73-year-old continued: “Roger, John and I played our parts live, to a rearranged template I’d put together – complete with some additions to the arrangement, taking some liberties with the vocal, and even borrowing some choice Freddie ad-libs, to add to the feeling that it was a live band recording.

“Little did we know that years later we’d have the opportunity with Adam to finally bring this arrangement to life on a real stage.”

Now a 2014 live recording of I Was Born To Love You, performed by Queen and Adam Lambert is featuring on the band’s live album.

Released today as a single, the track was recorded and filmed at Tokyo’s Marine Stadium for Super Sonic, Tokyo on August 17 that year.