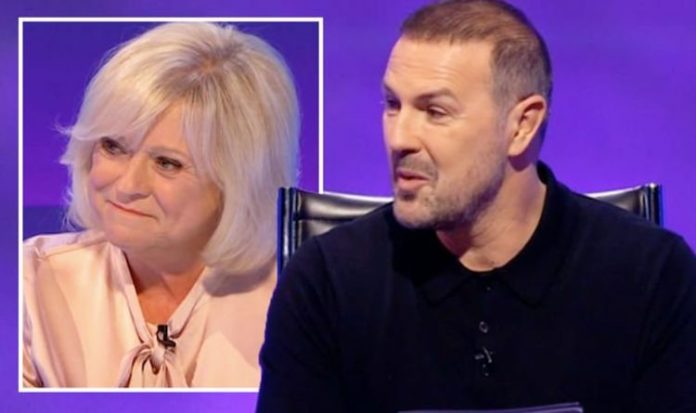 Earlier this year, Question of Sport returned to BBC One with an all-new look – complete with a revamped set, celebrity guests and a fresh line-up of team captains and host. Paddy McGuinness, Ugo Monye and Sam Quek were the trio tasked with stepping into the shoes of Sue Barker, Matt Dawson and Phil Tufnell and have fronted the show since it made its comeback. However, some of those tuning in for the first time this series for its New Year’s special on December 31 were left yearning for its previous format.

The New Year’s Eve episode saw Paddy join Sam and Ugo back in the studio but, as has become a familiar occurrence in the latest series, not all of their guests were sportspeople.

Lee’s introduction may have seemed out of the ordinary to long-serving Question of Sports fans, but she isn’t the first famous face not from a sporting background to appear.

So far this season, Paddy has welcomed the likes of Strictly Come Dancing’s Anton du Beke, Made in Chelsea’s Jamie Laing, comedian and chef Big Zuu and The Chase’s Shaun Wallace onto the show.

But this wasn’t the only change to the format which seemingly didn’t go down too well as many blasted the show’s revamped look and line-up altogether.

Taking to Twitter to react to the December 31 episode, some accused the questioning of being “dumbed down” while others called for Sue, Matt and Phil to return.

Twitter user @smithy39483188 vented: “How bad is Question of Sport really dumbed down.”

User @Eustaciasworld called for a return to yesteryear as they opined: “Am I the only one struggling to get into the new #Questionofsport?

“I love Ugo, Sam n Paddy but it’s just not working for me. I really miss Tuffers, Sue and Dawes. Come back.” (Sic)

Despite the backlash, Paddy, Ugo and Sam look set to stay in the hotspots for plenty of episodes to come.

Paddy has even spoken out about the feedback previously, telling The Mail on Sunday: “It happens with a heritage show, doesn’t it?

“A change of the guard, and this was the time they were doing it.

“I didn’t sit with my head in my hands saying, ‘Oh my God, what’s going on?’ TV moves, all the time – you cannot take things too personally.”

Question of Sport continues Fridays on BBC One.