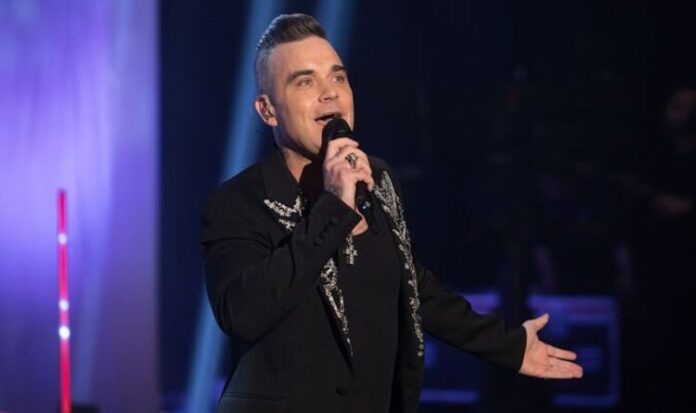 Despite his huge success in the UK, Europe and Asia, the former Take That star has found the US market a difficult one to crack.

Better Man will see the 48-year-old portray himself in a “warts and all” film about his life. Hollywood bosses hold high hopes for the movie and think it will be a huge success in the US, just like recent musical star biopics such as Bohemian Rhapsody and Rocketman.

But a source said: “Early indications are that this film could really cut through to American audiences, not least as the people in place on the film have such pedigree.

“Movie chiefs think the script, essentially a stirring story about an underdog who was catapulted to fame, will really resonate with audiences, even those in the US who may not know much about Robbie himself.”

The film is being directed by Michael Gracey, who was at the helm of the 2017’s hugely successful film The Greatest Showman. He was also an executive producer on Rocketman, which told the life story of Elton John. Rocketman did well commercially and was acclaimed critically.

Better Man is expected to star Robbie as himself in the film and will follow his rise to fame with Take That as well as his successful solo career.

The film title ‘Better Man’ is after one of his tracks and the film will address certain issues such as addiction. Robbie said: “I want to do this warts and all. I am not scared to portray myself with the human characteristics that some would see as villainous.

“But hopefully the over-arching storyline will explain who I am and what I am and why.

“The project is a little bit disjointed but is about to be in complete harmony very soon.”

Better Man will begin filming in Australia later this year.